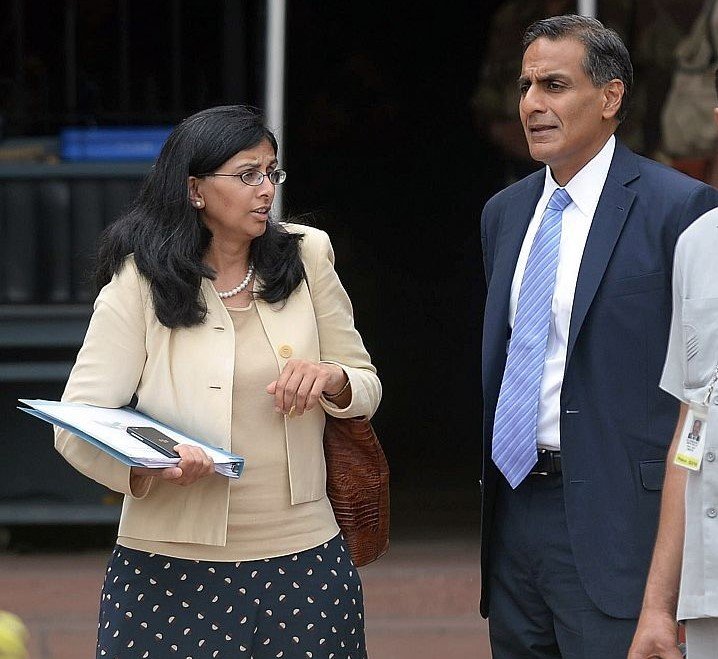 A Free Trade Agreement is the next frontier in the India-U.S. relationship, the head of a top India-centric business advocacy group has said.

The Press Trust of India reports that Nisha Desai Biswal, Indian American president of the U.S.-India Business Council and a former U.S. diplomat, who was speaking at a dinner hosted by Indiaspora, stressed that it is not tenable for the two largest economies of the world to not have a trade architecture in place between them, though its path is riddled with “all kinds of obstacles.”

“The time has come for us to get serious about where the next frontier is in U.S.- India ties. And neither for the United States, nor for India, is it tenable for two of the largest economies in the world to be outside of the TPP (Trans-Pacific Partnership) and to not have a trade architecture in place between the two of them,” Biswal.

“We are starting to see real signals of interest from India to be able to explore that. So, I think the time has come to get serious. It’s not easy. It’s a path riddled with all kinds of obstacles, she said.

It’s time for us to put down the knives, turn on the light, get down to business, she said in a lighter vein as she urged the powerful group of Indian Americans to engage the two governments on the issue, the report adds.

Commerce and Industry Minister Piyush Goyal, while addressing the 4th Annual Leadership Summit of the US-India Strategic Partnership Forum Sept. 30, said that India and the U.S. should engage in a much bigger way and New Delhi is ready and willing to expand the economic partnership with America.

He also called for setting an ambitious bilateral trade target of $1 trillion in the next 10 years, according to the report.

In her brief remarks on the occasion, Neera Tanden, senior adviser to President Joe Biden, said it is critical to have Indian Americans at the table, contributing, involved and engaged in helping make decisions, the PTI report said.

“The sky’s the limit,” Bera said of the potential to grow elected leaders in government. Krishnamoorthi thanked the diaspora for their outpouring of support for pandemic relief, the report added.