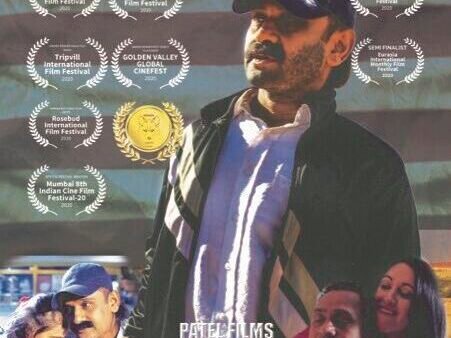 “Mr. Deshee” is inspired by the true story of people from India and around the world who are illegal immigrants in the U.S., according to a press release.

“Mr. Deshee” has been nominated in many film festivals last year around the world and has won in such categories as Best Film, Best Story, Best Screenplay, Best Actors, Beat Debut Film Maker, Best Director from around the world, noted the release, garnering nearly 19 film festival laurels.

A brief synopsis of the film, according to the release: “A struggling but upbeat lower middle class man from India aspires to someday come to the U.S. and find success. However, his journey to America does not go according to plan. He answers an ad in the paper for an agent who can bring people to the U.S. for a hefty fee, but the agent turns out to be a Mexican coyote who traffics in illegal immigration. After a dangerous river crossing, he is taken to Kingman, Arizona, where a new series of misadventures gets in the way of his quest for freedom and fortune. Will he ever achieve the American Dream?”

Patel will be releasing his next thriller, “Ring of Desire,” in November this year on Amazon and Vimeo.