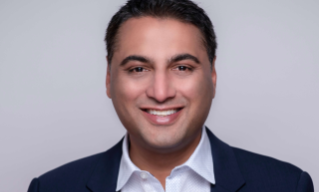 Most recently, Mehta served as the senior vice president at Mastercard, where he led the company’s efforts to advance sustainable and equitable economic growth around the world as executive director of the company’s Center for Inclusive Growth. In that role, he led a global team of professionals dedicated to ensuring that the benefits of economic growth are broadly shared and who work to leverage the core competencies and assets of Mastercard to achieve the same.

He has spent the past 21 years working to advance justice, inclusion and human rights through political activism, public service and now philanthropy.

Mehta played several leadership roles in former President Barack Obama’s administration including as liaison to the AAPI and LGBTQ communities and as chief of staff to the 19th U.S. Surgeon General, Dr. Vivek Murthy. In the Obama administration, Mehta spent more than four years directing communications for a civil rights agency in the U.S. Department of Labor and served on Obama’s presidential transition team as a liaison to the Asian American and Pacific Islander communities and to LGBT Americans.

In his position with the Surgeon General, he organized a series of campaigns to address some of the most pressing public health issues of our time.

Mehta also serves as the Board Chair of New American Leaders, a national nonprofit organization that works to strengthen American democracy by electing first and second generation immigrants and refugees to public office.

Mehta is from Central Texas and a graduate of The University of Texas at Austin, as well as the Maxwell School of Citizenship and Public Affairs at Syracuse University where he earned a master’s degree in public administration.