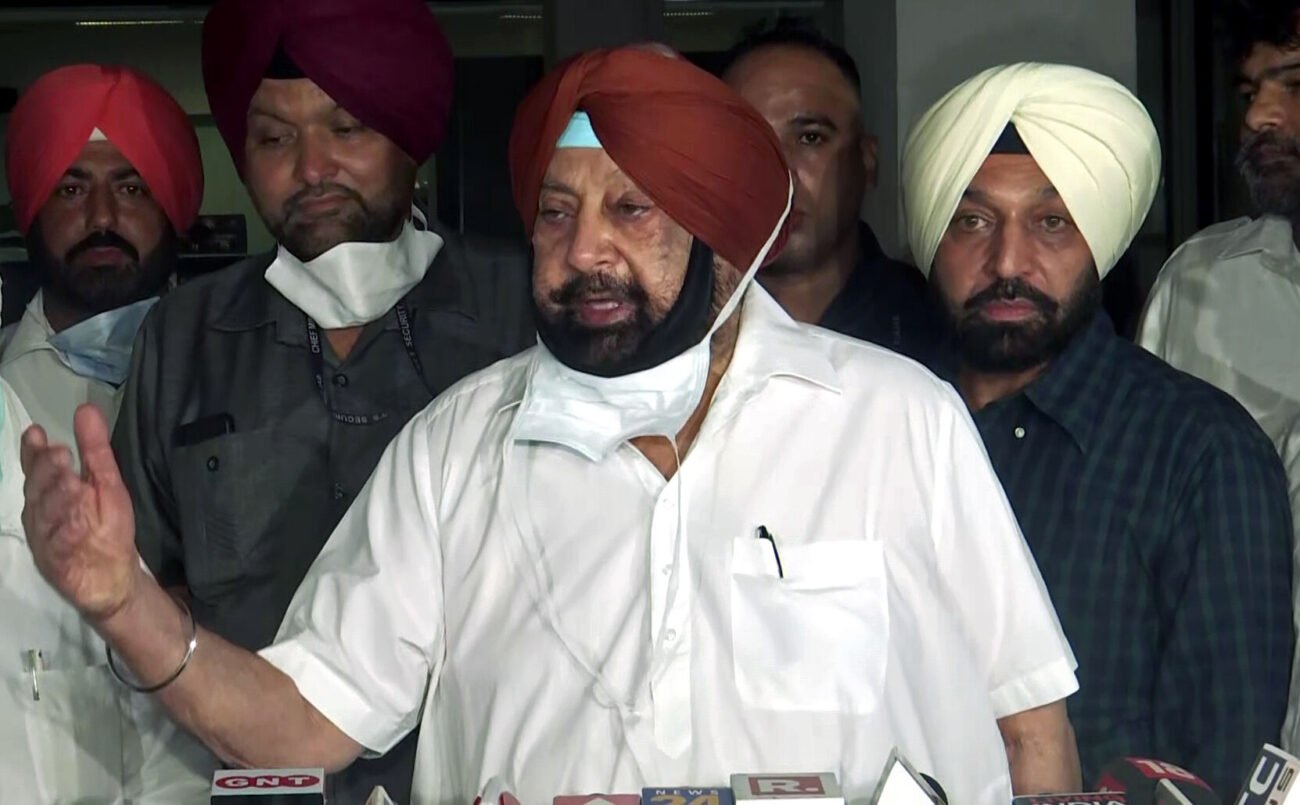 CHANDIGARH – Formally saying goodbye to the Congress which made him the chief minister of Punjab twice and the state party president thrice, an ‘upset’ Amarinder Singh Oct. 19 said that he would soon announce the launch of his own political party to serve the interests of the people, including the farmers who have been fighting for their rights for over a year now.

The former Punjab chief minister also said that he is hopeful of a seat-sharing arrangement with the BJP for next year’s Assembly elections in the state, if the farmers’ issues are resolved in their interest.

In a series of tweets, his media advisor Raveen Thukral quoted Amarinder Singh as saying, “The battle for Punjab’s future is on. Will soon announce the launch of my own political party to serve the interests of Punjab and its people, including our farmers who’ve been fighting for their survival for over a year.”

In another tweet, Amarinder Singh, who earlier this month had slammed the Congress over the “preposterous lies being floated by various party leaders in a clear bid to cover up their mishandling of the crisis in Punjab,” said, “Hopeful of a seat arrangement with @BJP4India in 2022 Punjab Assembly polls if #FarmersProtest is resolved in farmers’ interest.

Without mincing words, Amarinder Singh added that he would not rest until he can secure the future of his people and his state.

“Punjab needs political stability and protection from internal and external threats. I promise my people that I will do what it takes to ensure peace and security, which is today at stake,” read a tweet, quoting Amarinder Singh.

Earlier, taking strong exception to AICC secretary ceneral Harish Rawat’s no-holds barred attack on him, Amarinder Singh had rejected the Congress’ Punjab in-charge’s claims and allegations, which he said were clearly prompted by the “pathetic situation” the party now found itself in in the state after being on a winning spree for four-and-a-half years.

“Three weeks before stepping down as CM, I had offered my resignation to Sonia Gandhi but she had asked me to continue,” Amarinder Singh had said on Oct. 1, adding that the humiliating manner in which he was pushed into resigning just hours before the Congress Legislative Party meeting was a matter of public record.

“The world saw the humiliation and insult heaped on me, and yet Rawat is making claims to the contrary,” he had remarked.

Ridiculing Rawat’s remarks that he seemed to be under pressure, the former CM said the only pressure he had been under for the past few months was that of his own loyalty to the Congress, because of which he continued to tolerate insult after insult.

“If the party did not intend to humiliate me, then why was Navjot Singh Sidhu allowed to openly criticize and attack me on social media and other public platforms for months? Why did the party give the rebels, led by Sidhu, a free hand in undermining my authority? Why was no cognizance taken of the uninterrupted spree of electoral wins I handed over to the party through the four-and-a-half years I was in the saddle,” he had asked.

Amarinder Singh also asked why the Congress was allowing Sidhu even now to hold the party to ransom and continue to dictate terms.

Since his resignation as the chief minister, Amarinder Singh has been targeting Sidhu by publicly saying that he would fight his possible elevation to the chief ministership tooth and nail, and is ready to make any sacrifice to save the country from such a ‘dangerous man’.

He also claimed that the Gandhi siblings (Priyanka and Rahul) were “quite inexperienced” and “their advisors were clearly misguiding them.”