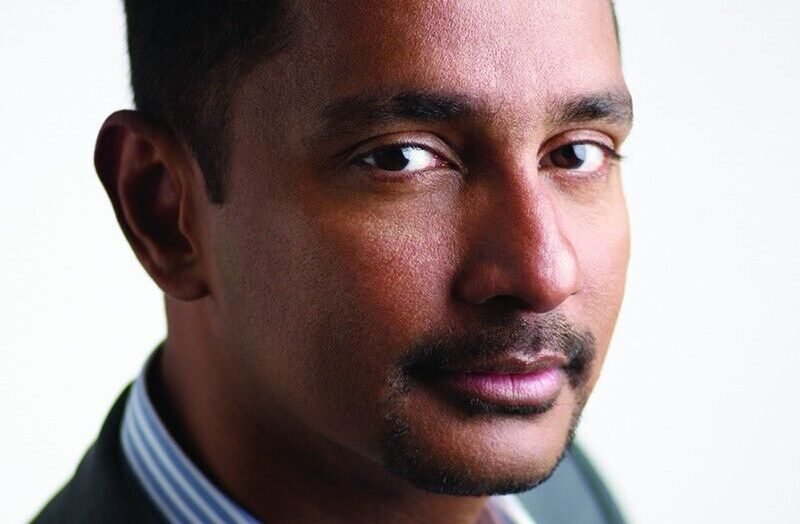 Sri Lankan American astronomer Ray Jayawardhana is the Harold Tanner Dean of the College of Arts and Sciences and a professor of astronomy at Cornell University. (news.cornell.edu photo)

Jayawardhana is the Harold Tanner Dean of the College of Arts and Sciences and a professor of astronomy at Cornell University.

In the U.K., the BBC4 channel broadcast the documentary on Sept. 22 with the title, “Neutrino: Hunting the Ghost Particle.”

Outnumbering atoms a billion to one, neutrinos are the universe’s most common yet most elusive and baffling particle. The documentary followed an international team of neutrino hunters as they tried to capture an elusive fourth form of neutrino. Their results may force scientists to redraw their blueprint of the subatomic world, the Standard Model of physics, and change our understanding of how the universe works.

“The reason we care about these elusive particles is because they do play a fundamentally important role in the universe, in the nature of matter, in some of the most violent cosmic phenomena,” he says in the documentary.

Throughout “Particles Unknown,” Jayawardhana offers “his insight into the nature of neutrinos, their importance in the universe and how scientists have battled against the odds to detect them for almost a century,” Cornell Chronicle quoted producer and director Henry Fraser as saying. “Ray’s interview provided the perfect bites to set up why we should all care about neutrinos, and his description of their hard-to-believe historical context helped drive the narrative forward.”

Jayawardhana’s own research focuses on the diversity, origins and evolution of planetary systems as well as the formation and evolution of stars and brown dwarfs. In particular, his group uses the largest telescopes on the ground and in space to do ‘remote sensing’ of planets around other stars (“exoplanets”), with a view to investigating prospects for life in the universe.

He is a core science team member for the NIRISS instrument on the James Webb Space Telescope, and his group leads a Gemini Observatory large program on high-resolution spectroscopy of exoplanet atmospheres.

Jayawardhana’s research, writing and outreach have led to numerous accolades, including the Guggenheim Fellowship, Steacie Fellowship, Steacie Prize, McLean Award, Radcliffe Fellowship from Harvard University, visiting professorships from the Royal Netherlands Academy of Arts and Sciences and the Scottish Universities Physics Alliance, Rutherford Medal in Physics from the Royal Society of Canada, Nicholson Medal from the American Physical Society, and the Carl Sagan Medal from the American Astronomical Society’s Division of Planetary Sciences.