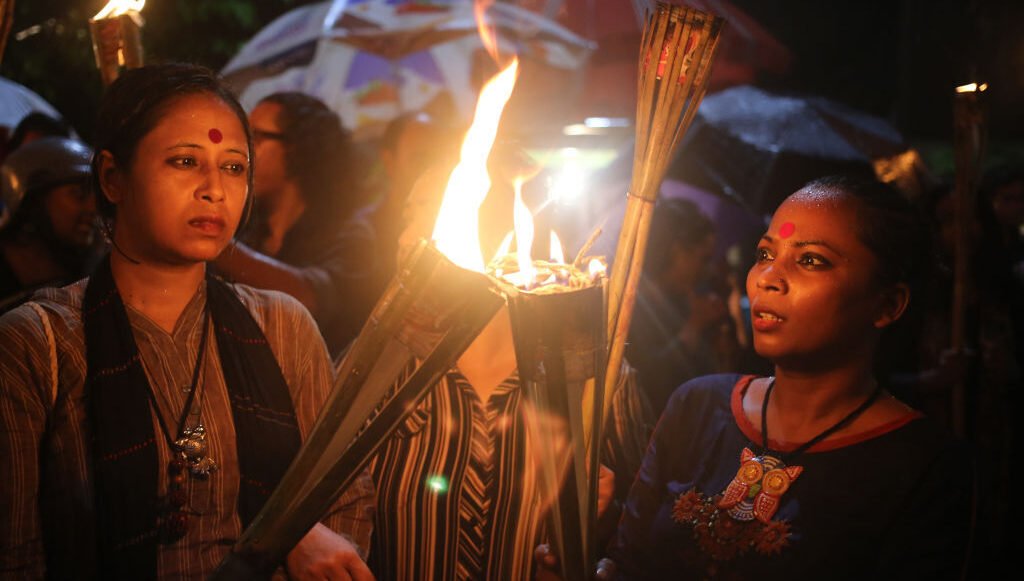 “The authorities need to be de-escalating violence, not shooting live ammunition into a crowd,” HRW’s Asia director Brad Adams said in a statement issued by the group here.

“Bangladesh authorities are dealing with an extremely stressful situation that could easily escalate into even more bloodshed, unless law enforcement acts with caution and restraint,” he added.

HRW’s statement did not identify or directly condemn those carrying out the attacks on Hindus in Bangladesh, but turning to India it said that Prime Minister Sheikh Hasina has “called on Narendra Modi’s government to quell communal violence in India, where the ruling party has fueled violence targeting the minority Muslim community.”

However, HRW acknowledged that “Hindus, who make up about 10 percent of Bangladesh’s Muslim-majority population, have repeatedly come under attack.”

Taking to Twitter, Gabbard said, “It broke my heart to see such hate and violence directed towards devotees of God in their temples in Bangladesh. For these jihadists to believe it’s pleasing to God to burn and destroy temples and the murti of such a saintly person as his Divine Grace AC Bhaktivedanta Swami Prabhupad, shows just how far away from God they really are. God is love, and his true servants embody and manifest that love in this world.”

Communal tensions have gripped Bangladesh over the past few days following allegations of the Quran being dishonored at a puja pavilion in Cumilla on Oct. 13, triggering violence in several districts across the country.

At least four people were killed in police shootings during the attack on Puja locations in Chandpur’s Hajiganj on Oct. 13 and in Noakhali’s Choumuhani, attacks on Hindu temples left two people dead on Oct. 15.

At least 71 cases have been filed in different parts of the country in connection with the attacks on Hindus and around 450 were arrested for spreading rumors on social media.

“Since the first attacks, mobs have torched dozens of Hindu homes and vandalized temples and statues throughout the country,” she said on Twitter.

Adams said that Hasina “is facing a critical moment to show in words and action that she is serious about her party’s commitments to democracy and human rights” and “her calls for an end to the violence should lead to transparent investigations and real legal protections for the Hindu community in Bangladesh.”