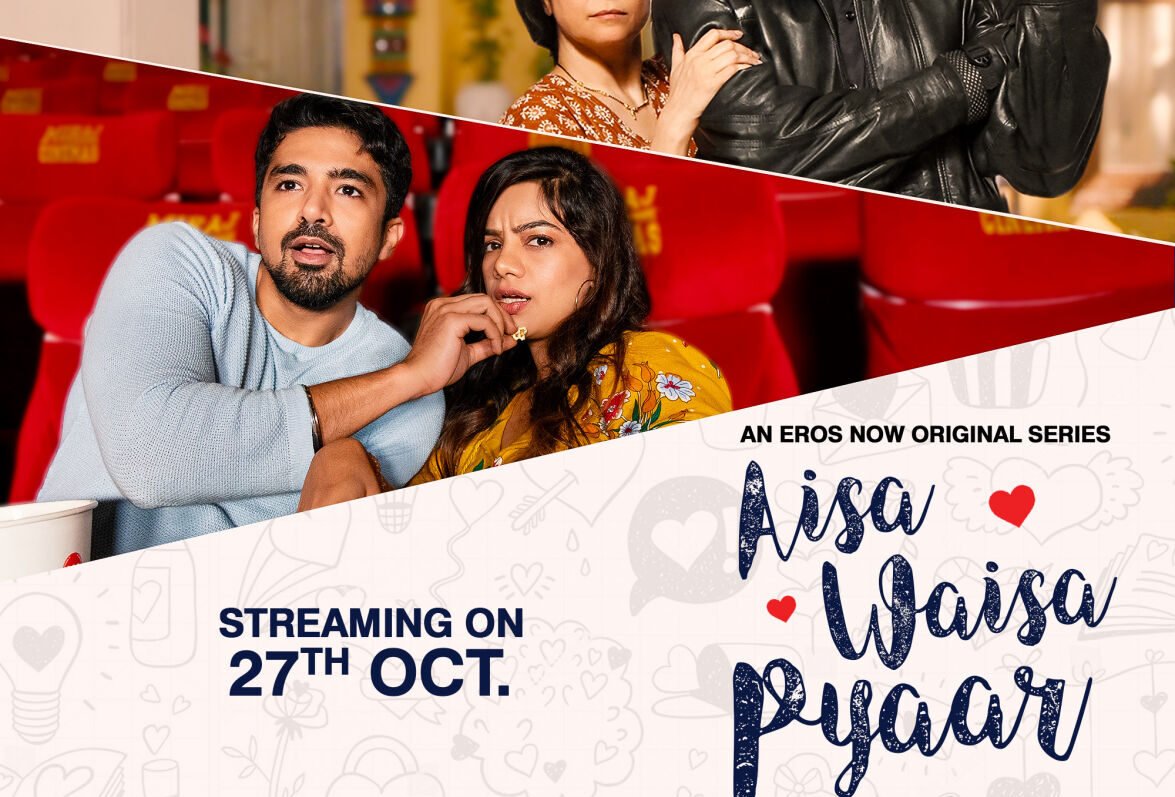 MUMBAI — Anthologies on the web can be dicey. Very dicey on occasion!

By those non-standards, “Aisa Waisa Pyaar” is decidedly upbeat, brilliantly conceived and highly entertaining. Ashish Patil, writer and director originally associated with Yash Raj Films in their fun fare for the digital media, scripts four totally diverse stories on love that leave you exhilarated—they are cute, they are moving, they are funny as well. The stories warm the cockles of your heart and make you realize that Indian web anthologies can go places, from the serious “Ray” to this simple and sweet one.

Story one is about two “platonic” friends, played by Prit Kamani and Ahsaas Channa. The two of them chatter about mundane things, as chums do, occasionally ribbing each other. Channa’s character is set to meet a potential suitor, who has brought her an expensive gift, at a posh restaurant. What happens next?

Story two is perhaps the best of the lot. Dogs of opposite gender and origins (the male one is a stray rescued by Adah Sharma) fall in “love” and act as catalysts to the romance between the embittered Adah Sharma (who has lost her man) and Taha Shah Badussha, the owner of the other canine. Nidhi Singh plays Adah’s understanding sister.

Story three, by convention, is the most emotional: about the solid and unflinching feelings Rajit Kapur feels for his Alzheimer’s-ridden wife Sheeba Chadha, and the heart-tugging incident that happens on their wedding anniversary.

Number four is comparatively flippant. Saquib Saleem and Nidhi Singh play a couple in love who are fond of squabbling. The venue where they have a way with words, as Singh is late and Saleem watches the pre-movie fare while munching popcorn, is a movie hall. And man, do the others protest at their loud voices and selfish attitude!

Patil keeps the moods perfect for these stories, a shade naughty in the first, mushy in the second, warm in the third, and funky in the fourth. He extracts brilliant performances, especially from Adah Sharma, her dog (!), Sheeba Chadha, Rajit Kapur, Saquib Saleem and the small kid and his dad (who feature in two episodes). The music is ho-hum, which means very “today” and technically the stories are well mounted.

Overall, this is no “Aisa Waisa” series but a great watch. Strongly recommended.

Written and directed by: Ashish Patil