HomeIndiaMarket Research Analysts May Qualify for H-1B Visas, According to Settlement Reached Between USCIS and MadKudu

Market Research Analysts May Qualify for H-1B Visas, According to Settlement Reached Between USCIS and MadKudu 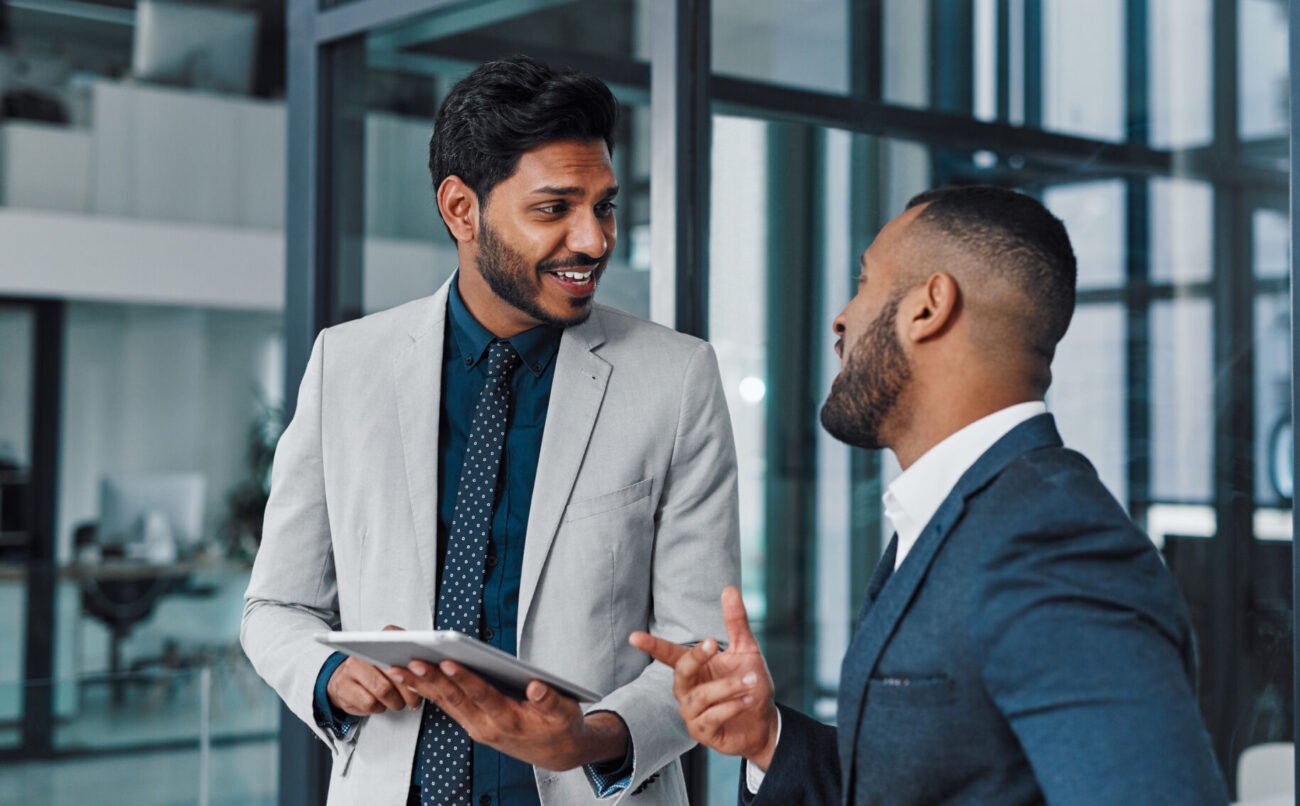 Market Research Analysts May Qualify for H-1B Visas, According to Settlement Reached Between USCIS and MadKudu

Two businessmen share a digital tablet in an office. Mountain View, Calif.-based company MadKudu has reached a settlement with U.S. Citizenship and Immigration Services, which will allow the role of market research analyst to be defined as a “specialty occupation” for the purposes of obtaining an H-1B visa. (Getty Images)

Mountain View, Calif.-based company MadKudu has reached a settlement with U.S. Citizenship and Immigration Services, which will allow the role of market research analyst to be defined as a “specialty occupation” for the purposes of obtaining an H-1B visa.

The settlement was the result of a class action lawsuit filed in April 2020 by MadKudu, a marketing ops company, founded in 2014 by Sam Levan, Francis Brero and Paul Cothenet. The Trump Administration had attempted to severely limit the scope of the H-1B program, striking several jobs from the list of specialty occupations.

The settlement agreement, which was approved Oct. 24, mandates that USCIS correct the agency’s misinterpretation of the Occupational Outlook Handbook, a Department of Labor’s Bureau of Labor Statistics publication profiling hundreds of occupations in the U.S. job market.

Based on its prior interpretation of the OOH, USCIS erroneously determined that market research analysts did not qualify as a “specialty occupation.” The settlement agreement changes this agency error and provides U.S. employers who qualify the opportunity to request that USCIS reopen and re-adjudicate their denied H-1B petitions, noted the American Immigration Council, in a statement announcing the settlement.

To be a class member, a U.S. employer must have filed a market research analyst H-1B petition from Jan. 1, 2019 through Oct. 19, 2021, USCIS must have then denied the petition based on a finding that the OOH entry — as it existed on Oct. 19 — failed to establish that market research analyst is a “specialty occupation,” and, but for USCIS’ finding regarding the OOH entry, the H-1B petition would have been approved, explained AIC in a press release.

USCIS issued guidelines complying with the settlement, noting that members of the class action lawsuit, whose eligible Form I-129 was denied, may submit their Form I-290B (without fee) on or before April 26, 2022, to have their reopening request and, if eligibility is established, their underlying I-129 H-1B petition adjudicated per the terms of the settlement agreement.

“USCIS will make a decision on all eligible, timely-filed reopening requests within 90 days of our receipt of the physical file at the adjudicating office,” said the agency, adding: If we determine that the underlying petition is not eligible for this reopening process, we will reject the Form I-290B.”

“It is unfortunate that the only way for USCIS to follow the law and do the right thing is to bring litigation. We will be watching for USCIS compliance with this decision, and we will be prepared to pursue litigation for other interpretive violations of written law and regulation that the agency has permitted to occur,” said Charles Kuck, managing partner at Kuck Baxter Immigration LLC.

“This settlement is an important victory that will benefit hundreds of American businesses and the market research analysts they sought to employ,” said Leslie K. Dellon, senior attorney (business immigration) at the AIC.

“The settlement gives U.S. businesses another chance to have their H-1B market research analyst petitions approved—this time under new guidance worked out by the parties to the lawsuit. Each H-1B petition reopened and approved will represent another opportunity for U.S. employers and the workers they sponsored to advance their business objectives,” said Dellon.