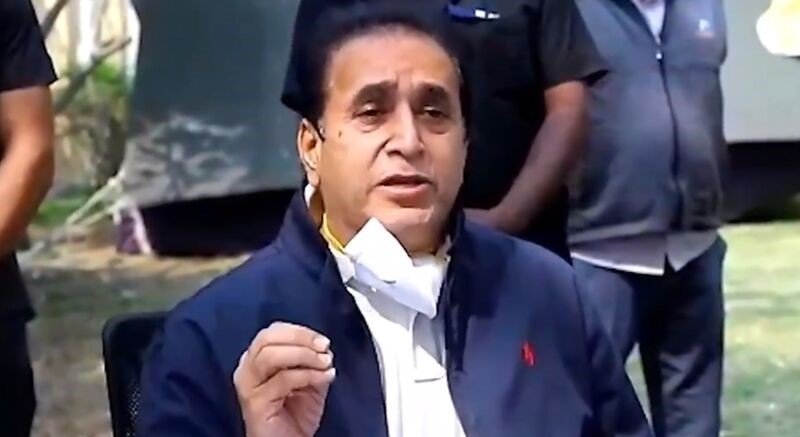 MUMBAI – The Enforcement Directorate arrested former Maharashtra Home Minister Anil Deshmukh in an alleged money-laundering case after questioning him for more than 13 hours.

Deshmukh, 72, had gone to the ED office on Nov. 1 afternoon for a probe into the allegations of Rs.100 crore extortion levelled by former Mumbai Police Commissioner Param Bir Singh.

Deshmukh, a senior Nationalist Congress Party leader, had said he was appearing before the ED voluntarily as he respected the law, and the arrest came on expected lines.

Earlier, the former minister went to the ED office for the multi-agencies probe into the allegations of extortion and corruption hurled against him by former Mumbai Police Commissioner Param Bir Singh.

The development came a day after the Central Bureau of Investigation nabbed a middleman, Santosh Jagtap, from Thane, who was an alleged conduit in the corruption deals and evading arrest.

“I respect the courts… I have voluntarily decided to come to the ED for the probe. But I want to ask where is Param Bir Singh who levelled the false allegations against me,” said Deshmukh in a recorded statement before he went to the central agency accompanied by his lawyer.

Whenever he received the ED summons – at least five – in the past, he had promptly responded pointing out that his case was sub-judice before the courts concerned, he added.

Even for the two CBI notices, he has immediately replied citing the same reasons, and said even now his matter is pending before the Supreme Court.

“Despite all this, the ED-CBI have raided all my homes (Mumbai-Nagpur), my family members, my associates… Canards were also being spread that I am absconding for the ED, but I have come here today on my own,” Deshmukh said, in an indirect swipe at the opposition Bharatiya Janata Party.

He pointed out how Singh, the man who hurled the fake charges at him, is ‘untraceable’ and has reportedly sneaked out of the country according to some reports in the media.

A senior NCP leader, Deshmukh came under a cloud in April 2020 after Singh’s letter to Maharashtra Chief Minister Uddhav Thackeray alleging that he (Deshmukh) had set a Rs 100-crore collection target for the former dismissed cop, Sachin Vaze.

Deshmukh had moved the Bombay High Court but got no relief, while his case is pending before the Supreme Court, even as the agencies have summoned his wife Aarti and their son Hrishikesh for probes, while the ED has attached portions of his properties worth Rs 4.20 crore.

Earlier, the ED arrested Deshmukh’s former close aides Sanjeev Palande and Kundan Shinde, followed by the CBI’s nabbing of Jagtap amid speculation that the ex-minister could face arrest.

The BJP state president, Chandrakant Patil, welcomed the move saying that “actually, Deshmukh had no options left” but to appear before the ED as he realized that the long arms of the law will ultimately catch up with him.