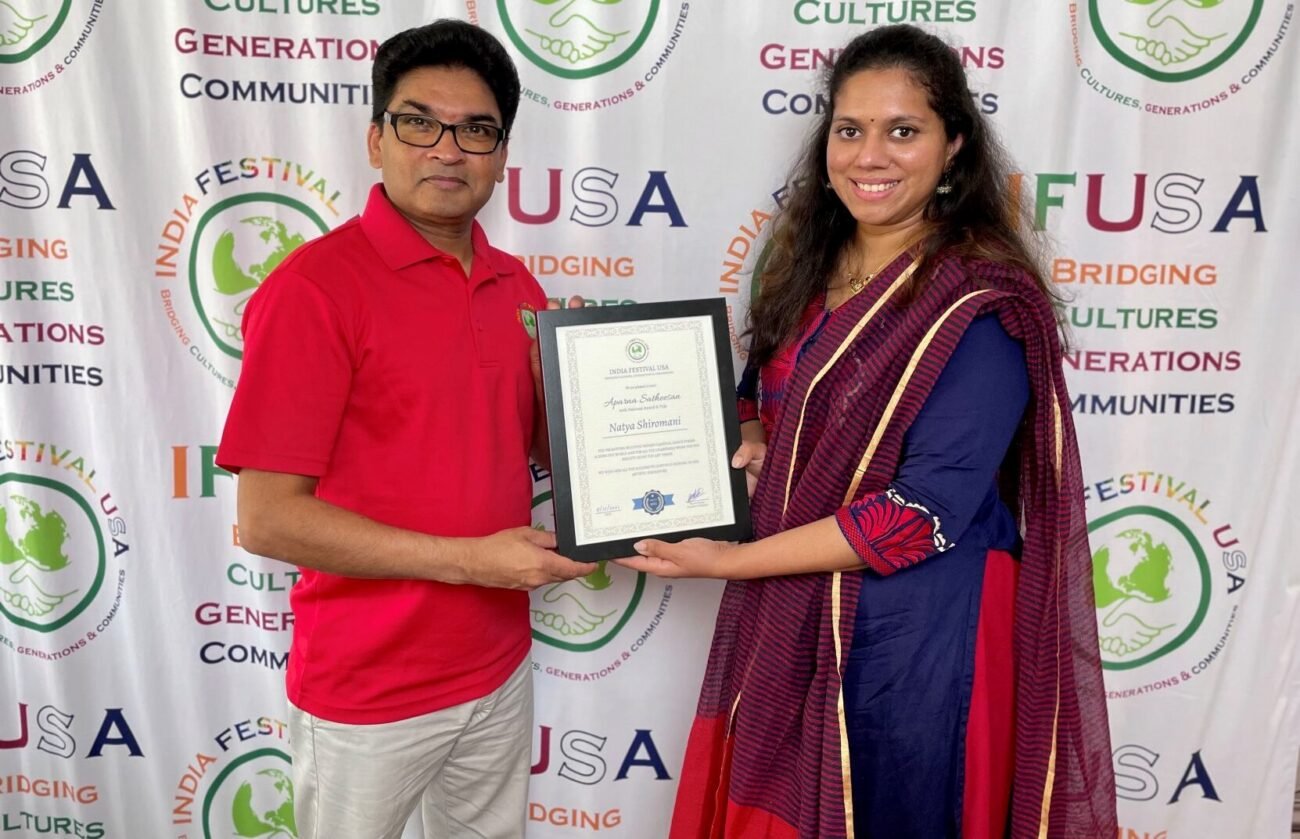 Internationally recognized Indian American dancer Aparna Satheesan has been honored with the prestigious National Natya Shiromani Award for her contribution towards promoting multiple dance forms across the world and for the charitable work she does as part of “Transforming Life Through Dance.”

The award was conferred during the 12th annual India Festival USA, which attempts to bridge cultures, generations, and communities. It is a day when visitors are encouraged to participate in a thematic display of the rich culture and diversity of India and the U.S.

Satheesan, a multi-talented dancer who is trained in different classical Indian dance forms like Bharatanatyam, Kuchipudi, Mohiniyattam, Kathakali, Ottam Thullal and Kerala Nadanam, has been training for the last 25 years and has been giving a lot of performances in India and abroad.

She has performed at events organized by the Indian Council of Cultural Relation and at Karur Natyanjali Festival, Soorya Festival (India), Guruvayoor Temple Festival, Cleveland Thyagaraja Aradhana, and Navrathri Festival by Soorya Performing Arts USA, among others.

She has won several awards and is renowned for her creative dance productions, choreographies and music sense. She excels in nritta as well as abhinaya aspects of dance and is also a well-trained nattuvanar.

In 2017, she was selected as the state ambassador for Kuchipudi for IndianRaga and was also awarded a dance fellowship at IndiaRaga.

She organizes multiple fundraising events under Samyoga Foundation which was founded in India in 2015 in memory of her father, G.Satheesan.

Her profile also includes stints as a VJ/RJ and a dubbing artist.