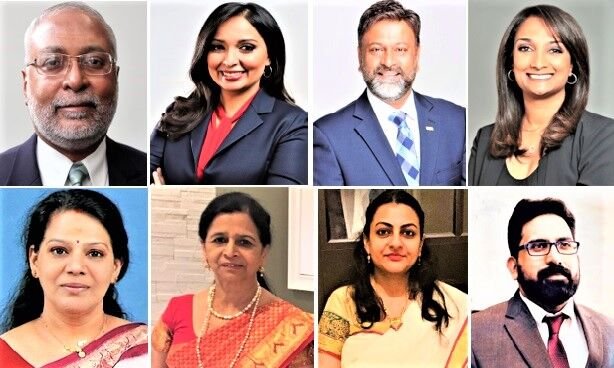 Eight Indian American Malayalees will be honored for outstanding achievement by the Kerala Cultural and Civic Center. (photos provided)

The Indian American Kerala Cultural and Civic Center will honor eight Indian American Malayalees for their outstanding achievements in their field of specialization or for their service to the society at its 29th Annual Awards Banquet Nov. 13.

“Kerala Center has been honoring outstanding achievers since 1991 and every year we invite nominations and the committee has to make a unanimous choice for a candidate in a category to receive the award and this year is no different from previous years in terms of their achievements,” Dr. Thomas Abraham, Kerala Center’s Trustee Board chairman and award committee member, said in a statement.

“Kerala Center is very happy to honor American Malayalees who reached high levels in their professions and who work for social progress – their examples should be an inspiration for others,” added Dr. Madhu Bhaskaran, award committee chairman.

This year’s honorees include Dr. George M. Abraham, president of the American College of Physicians, who is also the keynote speaker, for his outstanding achievements in Medicine and Professional Services.

Other honorees include Missouri City, Texas Mayor Robin J. Elackatt for notable achievements in the Political Process; Dr. Devi Nampiaparampil, the Republican nominee for NYC Public Advocate, for notable contributions in Public Service; Chandrika Kurup, the director of Noopura Indian Classical Dance School, New York, for contributions and achievements in the Performing Arts; Mary Philip, RN, MSA, who was a lieutenant in the Indian Defense Force and a past president of the Indian Nurses Association of NY, for notable contribution in Nursing and Community Service; Nandini Nair, partner and co-chair of the Immigration and Naturalization practice group at Greenspoon Marder LLP, for notable services and achievements in Legal Services; and Dr. Sabu Varghese and Dr. Blessy Mary Joseph, practicing physicians in New York, who each will receive a special award for notable services during the COVID-19 pandemic in 2020 and 2021.