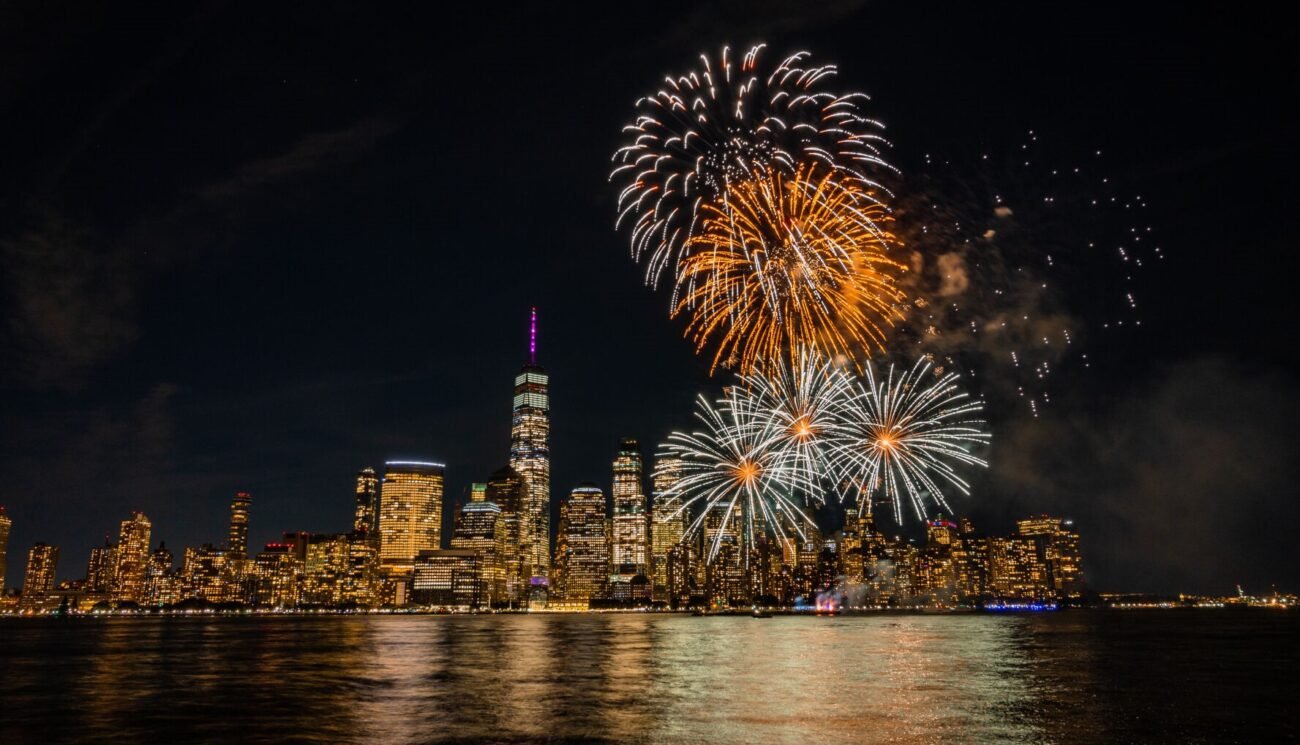 The Diwali-themed animation at the One World Trade Center included fireworks. SAEF, which organized the event, is dedicated to building a strong brand for the Indian American community by empowering them and catalyzing the conversation around Indian Americans. (photo provided)

For the first time ever, Diwali-themed animation adorned the iconic One World Trade Center in New York City.

Dubbed the All-American Diwali experience, it also included a firework display that was viewed by audiences on both sides of the Hudson River, the release notes.

“There is no better symbol of the triumph of resiliency than the World Trade Center and we are very fortunate to work with The Durst Organization to bring this message to all,” said Rahul Walia, Indian American founding trustee of the South Asian Engagement Foundation.

The NYPD conducted a ceremonial color guard with the One World Trade Center as the backdrop. American singer/actress Mary Millben performed the U.S. national anthem and a verse from the popular Diwali hymn, “Om Jai Jagdish Hare.”

“We’re so honored that the first annual All-American Diwali is dedicated to the police officers of New York City. As a police officer of Indian origin, I’m particularly excited to see the One World Trade Center light up for this festival, a symbol of our city’s enduring spirit,” said Det. Annand Narayan, president of NYPD Desi.

SAEF is dedicated to building a strong brand for the Indian American community by empowering them and catalyzing the conversation around Indian Americans, the release notes.

Future plans to achieve this objective include a digital mural depicting 75 years of India’s democracy, a National STEM competition, an Indian Edition Smorgasbord and an All-American Holi at Governors Island.