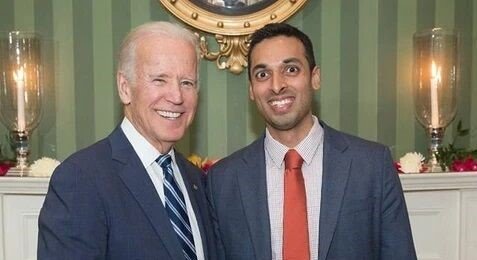 Republicans won 50 seats Nov. 2 in Virginia’s House of Delegates, while Democrats won 40, for a 55-45 Republican majority overall at the statehouse. In one of the most-watched races of the evening, Youngkin beat former Virginia Governor Terry McAuliffe, a Democrat. Virginia has traditionally been considered a solidly blue state.

In a press statement forwarded to India-West, Subramanyam thanked his supporters, volunteers, and Moulthrop for running; he also expressed his hopes for his next term.

“I am so humbled and grateful that the 87th District has put their faith in me again as their Delegate. I promised two years ago that I would put people over special interests and do everything I could to empower my constituents. I am proud to have kept those promises, in the process fully funding our schools, curbing gun violence, addressing rising tolls and utility costs, and helping small businesses and families through one of the worst pandemics in our Commonwealth’s history,” said Subramanyam.

“I am so thankful to all the staff and volunteers who knocked doors, wrote postcards, and made phone calls. This night would not have been possible without them.”

“Thank you to Greg Moulthrop for stepping up to run and to all his staff and supporters for getting involved. I am hopeful that we can work together moving forward to address some of the issues facing our community,” wrote Subramanyam.

“Most of all, thank you to the people of Loudoun and Prince William who made their voice heard. I promise that I will continue to make empowering every constituent my highest priority by putting people before special interests, standing up for our values, and pushing for a more inclusive Virginia.”

After leaving the White House, Subramanyam started his own consulting firm based in Loudoun County to advise companies and nonprofits on technology, government regulations, and economic empowerment.

Subramanyam ran on a platform of increasing funding for public education, lowering healthcare costs, further reducing greenhouse gas emissions, protecting the right to vote, improving access to the ballot in Virginia and supporting Virginians through the changing impacts of the COVID-19 pandemic, according to his campaign website.

Earlier this year, Subramanyam and Sen. Mark Warner, a Democrat from Virginia who co-chairs the Senate India Caucus, held a roundtable discussion focusing on how the U.S. and Virginia could help India manage its Covid-19 crisis, amid its peak in April and May, when the country ran short of oxygen supplies, hospital beds, and many other critical needs. Public health experts estimated that at least 10,000 Indians died each day during the surge.