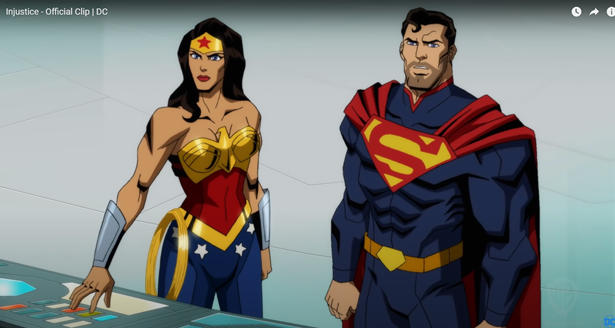 DC Comics fans in India are upset with the comic book publisher for portraying Kashmir as a “disputed territory” in its new animated film, “Injustice.”

A clip, purportedly from the film, is circulating online which shows Superman and Wonder Woman destroying every piece of military equipment in “disputed Kashmir” and declaring it an “arms-free zone.”

Even though there is no mention of India, the narrator can be heard saying, “Superman stopped a genocidal war the government of m’gota has been waging against its own people. In disputed Kashmir, Superman and Wonder Woman destroyed every piece of military equipment, declaring it an arms-free zone.”

The short clip also shows Superman forcing representatives of Israel and Palestine to agree on a deal. “You will agree to these terms, or they will be agreed to for you,” he is seen saying in the clip.

As the clip went viral, #AntiIndiaSuperman began trending on Twitter, with many expressing anger against DC Comics, and some even calling for a ban on the release of the film in India.

“DC fans in India, show some patriotism and cancel (Injustice). This is hideous. Propaganda anti-India narratives should be busted,” one user wrote on Twitter.

Another quipped: “So now comic writers write politics of world that they don’t know? I think not, this is a well-planned deliberate attempt to showcase supremacy subtly to the young consumers who have no idea. It’s a no brainer who are behind such activities.”

One Twitter user called the act “harmful for India and democracy,” writing, “Superman has no right to interfere in India’s private affairs show something like this in your movie.”