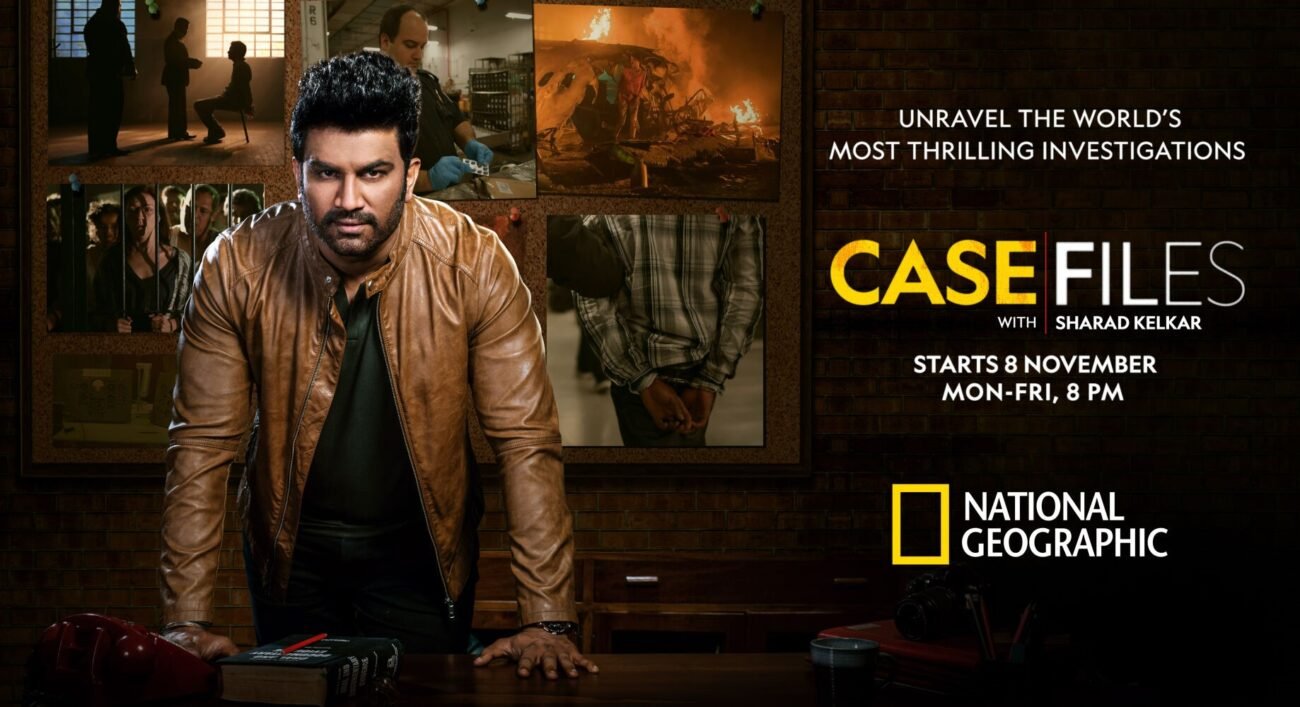 MUMBAI – National Geographic in India is presenting the ever-popular investigative genre in an all-new and exclusively curated destination called “Case Files,” This block brings together the best-in-class and intriguing narratives of real investigations from around the world. Premiering Nov. 8, actor-presenter Sharad Kelkar will present the popular, fan-favorites and fresh episodes of award-winning stories through the week.

With a robust line-up of fan favorites such as “Air Crash Investigations,” “Banged Up Abroad,” “Airport Security” and “To Catch A Smuggler” along with new series such as “Undercover Asia” and “Crime Science,” host Kelkar will set up the tone and conclude every episode, bringing in his flair and explosive style of storytelling to each narrative. The stories, tailored especially for the destination, will give viewers in depth understanding of the efforts and science that go behind solving a case—the brilliant minds behind the investigations and the state-of-the- art techniques and technology that help solve the mysteries.

With each show offering a different and unique perspective into the world of crime and investigation, “Case Files” is weaving together the excitement of a mystery with the satisfaction of reaching a conclusion with every case.

“At National Geographic, we bring compelling and engaging narratives, drawing audiences in with our authentic and factual storytelling. The series in this genre have been enjoying a loyal fan-base on our channel and with this destination, we thought of introducing a new generation of fans to this genre while bringing in a fresh perspective for the already engaged viewers. We are really happy to have Sharad Kelkar, who, with his powerful voice and presence, will take the viewers on an all immersive journey of fascinating and gripping stories,” said a National Geographic spokesperson

Kelkar adds, “I am a huge fan of National Geographic and the manner in which they have been presenting these stories. With “Case Files,” there was an opportunity for me to take the viewers through true and real crime mysteries in my own style. Through the choicest of series featured in this band, I’ll be bringing to light the hidden facts with in-depth investigation and exploring the crime and criminal’s mind; just the way I like to consume such narratives.”

“Air Crash Investigation” – A fan favorite, this show is an iconic series with many more episodes still under production. The show recounts air crashes, near crashes, fires, hijackings, bombings, and other mainly flight-related disasters and crises. It also reveals the events that led to each crisis or disaster, their causes as determined by the official investigating body or bodies, and the measures they recommended to prevent a similar incident from happening again.

“Undercover Asia” – This award-winning investigative series exposes the secret criminal underbelly of Asia. Within depth, undercover reporting, National Geographic explores gripping stories of crime, violence and injustice across the world’s largest continent. From cybercrime masterminded in North Korea to document forgers in Thailand; from fake degree scams in Pakistan to private detectives in China, the cases are intriguing also because they uncover aspects of society usually kept undercover.

“Banged Up Abroad” – This series features the real story of people who have been arrested while traveling abroad. Through a dramatic reconstruction, the convicted or captured are shown talking about their experiences, combined with dramatic reenactments of their respective experiences.

“To Catch a Smuggler” & “Airport Security” – The show follows a day in the life of airport security teams in some of the busiest international airports in the world across in Bogota, Colombia, Lima, Peru, Rome, Italy, Madrid, Spain and New York, USA. Viewers will get to see the biggest busts, the most ingenious ploys, and sometimes the stupidest attempts at smuggling. The episode goes beyond the busts because the story of trafficking is not just one of law enforcement—it is also about human drama.