HomeGlobalFilm Review: ‘Eternals’ Has a Lot of Firsts But Way Too Much Else

Film Review: ‘Eternals’ Has a Lot of Firsts But Way Too Much Else 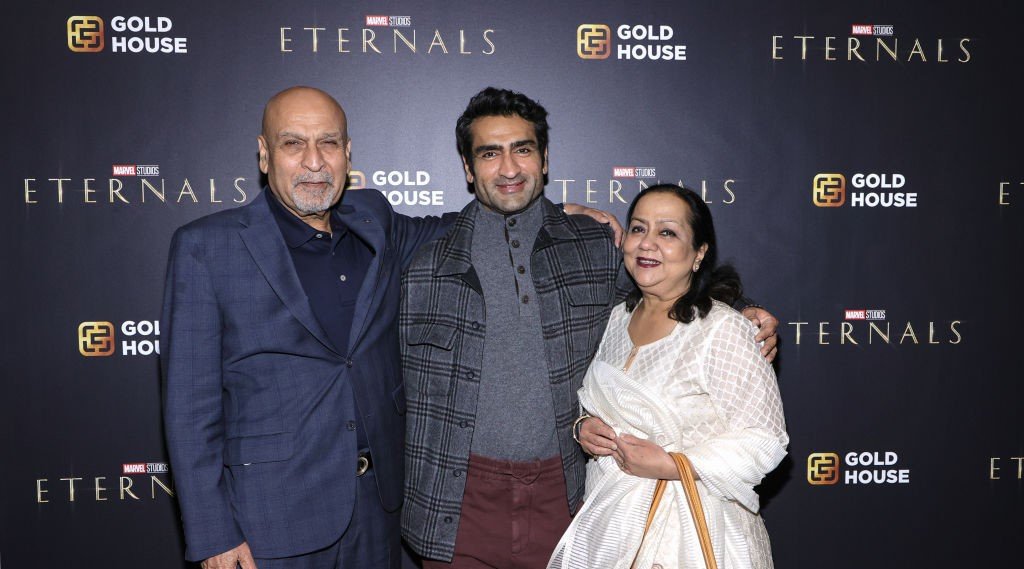 Film Review: ‘Eternals’ Has a Lot of Firsts But Way Too Much Else

You can tell “Eternals” is going to be epic right from the opening crawl line: “In the beginning…” That’s right, the film actually swipes language from the Book of Genesis. The Marvel Cinematic Universe just got biblical.

The reach sort of fits, in a way: “Eternals” isn’t just another origin story for a clutch of new superheroes but the creation myth for the entire Marvel universe itself. The film spans from 5,000 B.C. to present day and describes god-like, gigantic beings shaping the galaxies. One almost longs for the good old days when a Marvel movie’s biggest drama was hoping Spider-Man could stop Doctor Octopus from wrecking New York.

It all starts simply enough. Directed by Academy Award-winner Chloé Zhao, “Eternals” introduces 10 members of a race of immortal beings who have spent 7,000 years on Earth defending it from rivals known as Deviants, who look a lot like the beasts from “Aliens” on steroids.

The film jumps back and forward in time to key moments in human history — Mesopotamia in 5000 B.C., Babylon in 575, Tenochtitlan in 1521 and Nagasaki in 1945, among them. The Eternals watch warily from the sidelines as violence reigns, forbidden to interfere, helped along with a soundtrack of clever songs that includes Pink Floyd’s “Time” and Foreigner’s “Feels Like the First Time.”

Marvel has reached deep into its archives for this film — the 26th film in the universe, after all — but has to be applauded for its inclusion. Four of the Eternals are white, three are Asian — one is the first Asian American woman protagonist — two are Black, and one is Latina. One is gay and one is deaf.

There’s more: “Eternals” contains the first gay kiss in the Marvel film universe, a kiss between superheroes and — remarkably quickly thereafter — the first superhero sex. It’s a pity all these firsts have taken so long and are now crammed into an arguably third-tier bunch of characters.

They are: Sersi (Gemma Chan), who can transmute matter; Ikaris (Richard Madden), with the gift of flight and laser eyes; Kingo (Kumail Nanjiani), who shoots energy blasts from his hands; and Sprite (Lia McHugh), who can cast illusions but is trapped in a tween’s body.

Their names — especially Gilgamesh, Thena and Ikaris — resemble names from ancient myths and the film thrillingly hints that they may be the real figures behind our ancient legends.

Eventually, each Eternal goes their own separate way. One goes to a run-down South Dakota farmhouse, a pair end up on a dusty spot in Australia, another teaches history in London. Nanjiani’s Kingo becomes a vain Bollywood star who explains away his lack of aging by hiding in a false lineage of actors.

A new wave of Deviant attacks prompts the band back together and reveals some love triangles and unresolved issues. (Even eternal aliens need to talk stuff out.) In a running gag, each time an Eternal reunites with another, they explain them to the humans in their lives as “friends from college.”

The final third of the film — and with a 157-minute run time, “Eternals” feels sometimes eternal — elevates all the Earth-based stuff into another dimension with the re-introduction of the Celestials, which first appeared in “Guardians of the Galaxy.” These are massive cosmic beings looking like giant toy robots that consider humans and Eternals mere playthings and have a hidden agenda.

Zhao, whose film “Nomadland” was everything this is not — spare, naturalistic, moody — struggles with so much going on. The fight scenes are repetitive and the dialogue often stilted (“When you love something, you must protect it,” one Eternal says). The use of tendrils of light connecting the superheroes is impressive and the special effects at the end are truly mind-blowing, but the film is mostly saved by Nanjiani, whose humor and delivery makes him seem like he’s in another movie. Without him, there’s a lot of superheroes standing around in cool suits squinting a lot.

The film never really finishes, merely setting up the next installment, as Marvel fans are used to by now. “Eternals” is like the vegetables we need to eat before we can get to the dessert. And if you stick around during the credits, you’ll find it: Harry Stiles. Stand by.

“Eternals,” a Walt Disney Co. release that hit theaters Nov. 5, is rated PG-13 for “fantasy violence and action, some language and brief sexuality.” Running time: 157 minutes. Two and a half stars out of four.