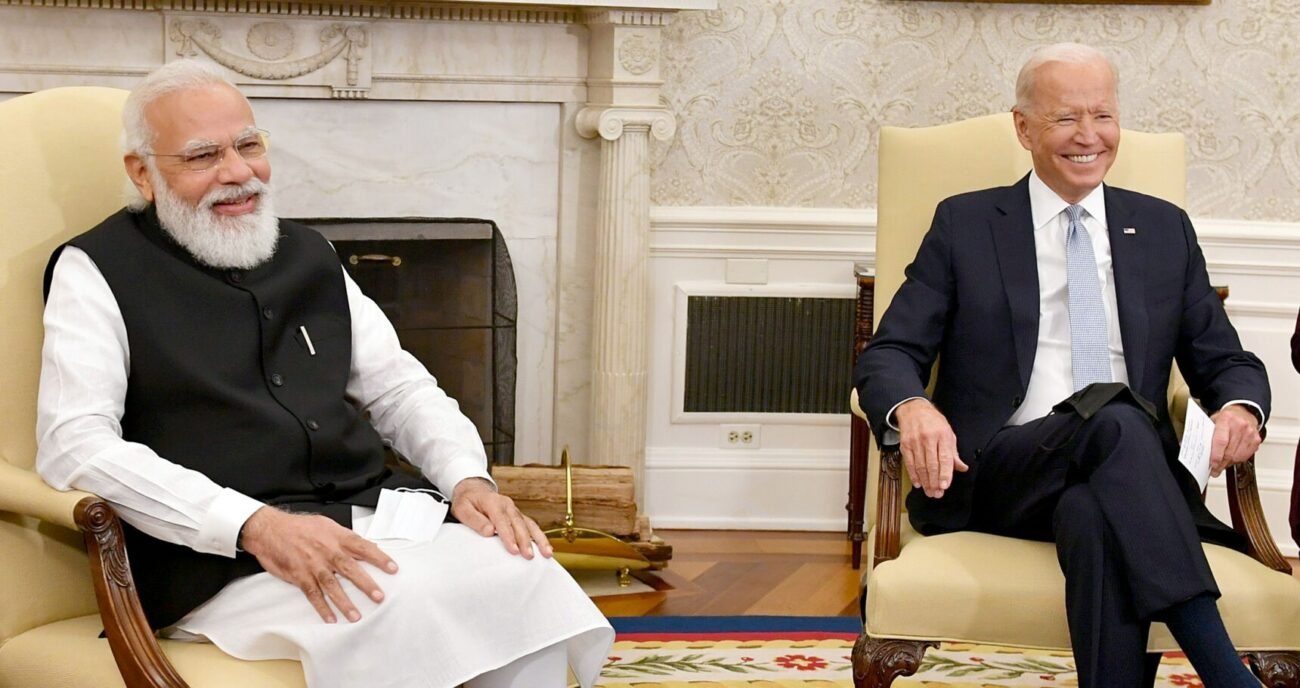 As India and the U.S. strengthen their strategic cooperation, the U.S.-India Defense Technology and Trade Initiative has assumed an important role, which was reiterated by Prime Minister Narendra Modi and President Joe Biden at their Washington summit in September, seen above. (ANI photo)

NEW YORK (IANS) – Indian and U.S. defense officials and business people have focused on partnering in space and Artificial Intelligence at a virtual expo, according to the U.S. Department of Defense.

Maxwell said: “The DICF, a cornerstone of the US-India Defense Technology and Trade Initiative, aims to deepen industrial cooperation between the U.S. and India by identifying opportunities to jointly research, develop, and produce warfighting capabilities.”

Salazar was joined in the discussion by Michael Vaccaro, the DoD acting executive director for International Cooperation, and senior executives from U.S. and Indian companies, she said.

As India and the U.S. strengthen their strategic cooperation, DTTI has assumed an important role, which was reiterated by Prime Minister Narendra Modi and President Joe Biden at their Washington summit in September.

In their joint statement after their meeting, they called upon the government and private stakeholders “to use the existing ecosystems of innovation and entrepreneurship in defense industries for co-development, co-production and expanding mutual defense trade.”

Modi and Biden mentioned the recent project to co-develop air-launched unmanned aerial vehicles under the DTTI and said they “encouraged more such efforts.”

Modi has said that under the ‘Aatmanirbhar Bharat’ initiative of boosting domestic industries he wants to make India a hub of defense manufacturing and export and for this, U.S. collaboration could play a key role.

To facilitate deeper cooperation in the defense industry, the two countries held a “summit” starting in late September on the Industrial Security Agreement summit.

Bajpai and David Paul Bagnati, the assistant director for Defense Technology Security Administration, led the meeting to develop a protocol for the exchange of classified information between the defense industries of both nations.