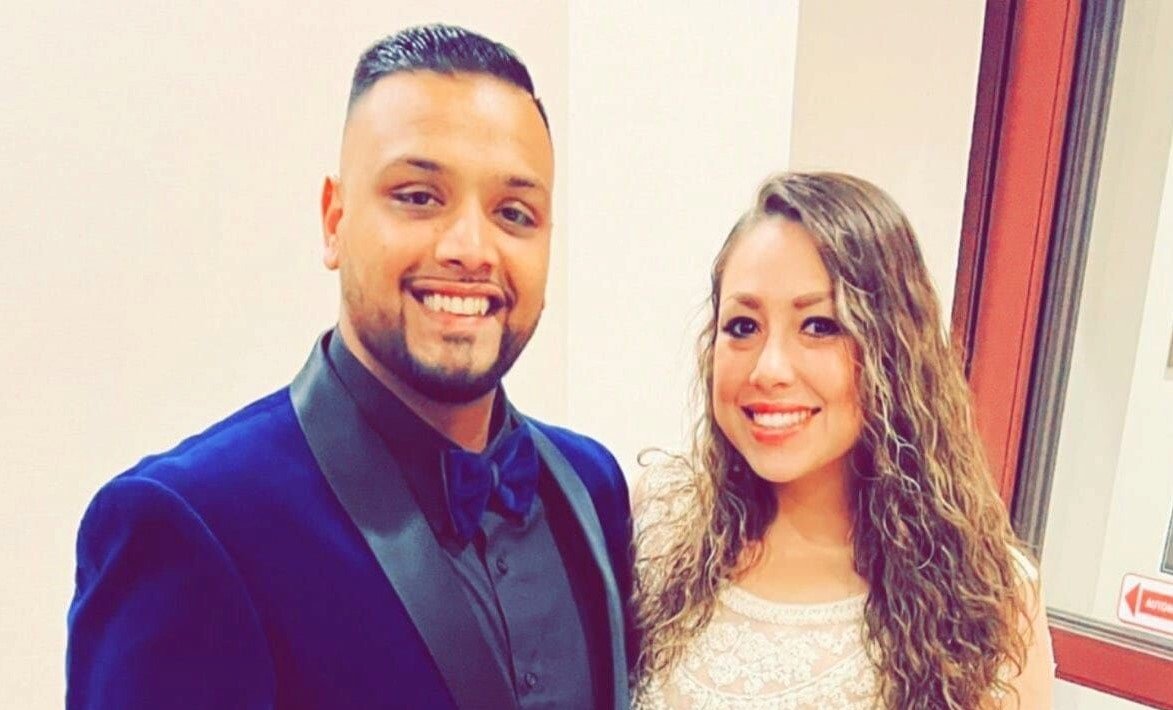 Pakistani American Danish Baig, shown here with his fiancée Olivia Swingle, was one of eight people crushed to death Nov. 5 at rapper Travis Scott’s Astroworld Festival at NRG Park Stadium in Houston. His brothers, one of whom also attended the concert, said it was a tragedy of negligence, which should never have happened. (Facebook photo)

His fiancée Olivia Swingle wrote in a Facebook post that Baig was killed as he tried to save her. “My baby, my love gave his life to save mine and I will spend the rest of my life making sure he gets the justice he deserves. I would not be here today if it was not for him.”

“He is a hero, and the world needs to know his story,” said Swingle, adding: “This was an absolute tragedy. My heart is destroyed, and my soul was taken from me.”

Baig was 27 at the time of his death.

According to police reports, more than 50,000 people crowded into the stadium that evening. As Scott took the stage, fans rushed up, creating a stampede that killed at least 8 and injured more than 300.

In a post to Twitter, Houston Police Chief Troy Finner said he had met with Scott and his head of security before the concert.

“I expressed my concerns regarding public safety and that in my 31 years of law enforcement experience I have never seen a time with more challenges facing citizens,” including a pandemic and nationwide social tension, Finner said.

“I asked Travis Scott and his team to work with HPD for all events over the weekend and to be mindful of his team’s social media messaging on any unscheduled events.”

The NRG Stadium has a capacity of more than 71,000. Scott said in a message released by Houston police that he was devastated by the tragedy. He and his event organizers are reportedly being sued, according to several sources. The rapper has been criticized for continuing to play as the tragedy unfolded, but his supporters said he could not see what was going on in the stadium because of stage lights.

In videos posted to his Instagram Story Nov. 6, Scott also said he prioritized the safety of his fans at the festival: “Any time I can make out anything that’s going on, I’d stop the show and help them get the help they need, you know? I could never imagine this situation.”

“I’m absolutely devastated by what took place last night. My prayers go out to the families and all those impacted by what happened at Astroworld Festival,” he wrote on Twitter, offering to cooperate completely with the Houston Police Department.

Baig had moved from Karachi to Texas as an infant and lived in Dallas, where he worked at AT&T with Swingle. A traditional Muslim funeral service for Baig was held Nov. 7 afternoon at the Bluebonnet Hills Funeral Home and Memorial Park in Colleyville, Texas. Baig leaves behind his parents and four siblings; he was the middle child.

Baig’s brother, Basil, who also attended the show that evening, but managed to escape unharmed, wrote an emotional Facebook post about the tragedy that killed his brother.

“My brother was killed in this horrendous event that was managed poorly and supervised by such horrible people. People were trampled, walked, and stomped on,” he wrote. “I was there, and I wasn’t able to save my brother.”

“People were hitting, pushing, and shoving and did not care for anyone’s life.”

Basil Baig blamed the performer for inciting the crowd. “Travis Scott provoked these people. He called people to the stage to jump into the crowd and did not stop the show.”

“Multiple people have lost their lives and my prayers go out to their losses. In this time of mourning and grief and such pain, I would like everyone to pray for my family and my brother. This is not the end, my family and I will go to the full extent to make sure he is brought to justice,” wrote Basil Baig.

Anmar Baig, Danish’s older brother, also blamed Scott, noted that he was arrested in 2018 for inciting a riot. “How was someone even allowed to have a 50,000 people concert with everything going on in the world?” he queried.

“What happened to my brother is not right and it’s unjust and we’re going to find justice for him,” he told local media.

An emergency team tried resuscitating Danish, but to no avail.

“He just started his life,” Anmar said of his brother, noting that he was very protective of his fiancée and his parents, for whom he was buying a house.

Danish would have turned 28 on Nov. 16. He and Olivia had planned a large wedding in Dallas early next year, according to his brother Basil.

“This tragedy disgusts me. Seeing footage from the show and hearing what happened from people who were there leaves me angry. This should have never happened & the people responsible need to be held accountable for inciting this,” she wrote in a Facebook post.