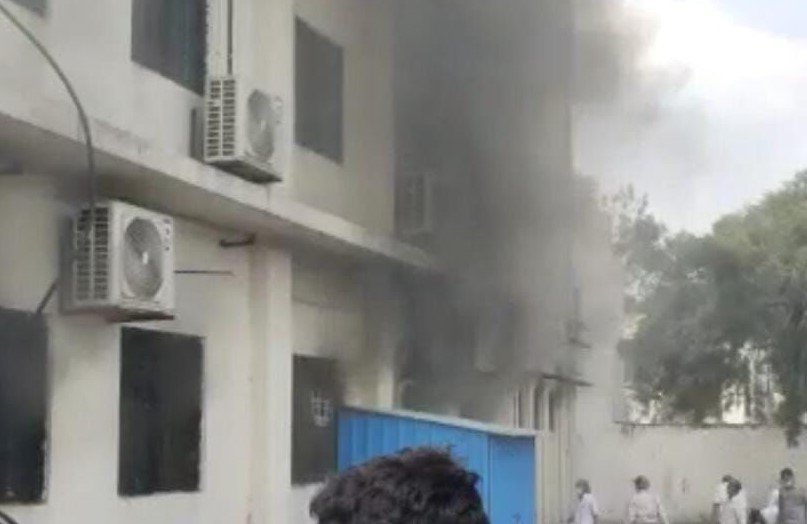 A massive fire broke out in the ICU of the Mumbai’s Civil Hospital on Nov. 6. (photo via IANS)

MUMBAI – In drastic action, the Maharashtra government late on Nov. 8 took action against six officials in connection with the major fire in Ahmednagar Civil Hospital which claimed the lives of 11 Covid-19 patients on Nov. 6.

The district health surgeon, two doctors and three nurses have been suspended or removed pending a full enquiry into the tragedy, Health Minister Rajesh Tope said.

Tope added that a high level team will probe the causes and circumstances leading to the fire which completely gutted the hospital ICU where 17 patients were undergoing treatment.

The Saturday fire was the fifth major blaze in a Covid-19 facility in the state this year which have claimed a total of over 50 lives.