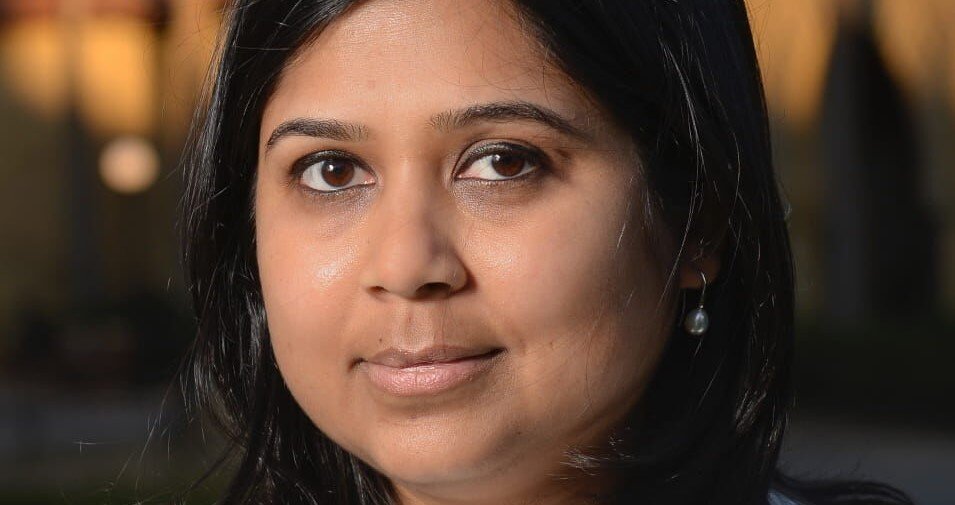 Indian American Vedika Khemani of Stanford was named among the most recent group of Packard Fellows. (Packard.org photo)

The David and Lucile Packard Foundation last month had announced the 2021 class of Packard Fellows for Science and Engineering, with Indian American Vedika Khemani named among the honorees.

Khemani is from the Stanford University Department of Physics.

Her bio notes that quantum systems with many particles can display a rich array of emergent phenomena, and a confluence of advances, particularly in building programmable quantum devices, is opening the study of quantum matter in novel unexplored regimes, including far from thermal equilibrium.

The 2021 class features 20 innovative early-career scientists and engineers, who will each receive $875,000 over five years to pursue their research.

The Packard Fellowships in Science and Engineering are among the nation’s largest nongovernmental fellowships, designed to allow maximum flexibility in how the funding is used.

Since 1988, this program has supported the blue-sky thinking of scientists and engineers whose research over time has led to new discoveries that improve people’s lives and enhance our understanding of the universe, a release said.

Packard Fellows are at the cutting edge of research into crucial issues like COVID-19 and climate change, and have gone on to receive the highest accolades, including Nobel Prizes in Chemistry and Physics, the Fields Medal, the Alan T. Waterman Award, the Breakthrough Prize, the Kavli Prize, and elections to the National Academies of Science, Engineering, and Medicine, the release said.

“What a moment for celebration,” said Nancy Lindborg, Packard Foundation president and CEO. “At a time when we are confronting so many difficult, intertwined challenges, including climate change, a global pandemic, and racial injustice, I am buoyed by the determination and energy of these 20 scientists and engineers. Through their research, creativity, and mentorship to their students and in their labs, these young leaders have the potential to help equip us all to better understand and address the challenges we face.”

Packard Fellows also gather at an annual meeting to discuss their research, where conversations have led to collaborations across disciplines. This year, like last year, due to COVID-19, the annual meeting was held virtually, and Fellows gathered online at #FellowsIsland. Fellows explored each other’s research through presentations, posters and discussions, with one session focused on their approaches to increase diversity, equity, and inclusion in academia. Collaborations with the Monterey Bay Aquarium and A Capella Science added some fun elements to the meeting, the release said.

“Packard Fellows are shaping the future of research and academia, and the future of our world as we understand it,” said Richard Alley, chair of the Packard Fellowships Advisory Panel, and 1991 Packard Fellow. “I look forward to strengthening the bonds within our fantastic community of leading scientists and engineers.”

The Fellowships program was inspired by David Packard’s commitment to strengthen university-based science and engineering programs in the United States. He recognized that the success of the Hewlett-Packard Company, which he cofounded, was derived in large measure from research and development in university laboratories.

Since 1988, the Foundation has awarded $464 million to support 657 scientists and engineers from 54 national universities, it said.