HomeEntertainmentTelevisionVicky Kaushal Dives ‘Into The Wild With Bear Grylls’

Vicky Kaushal Dives ‘Into The Wild With Bear Grylls’ 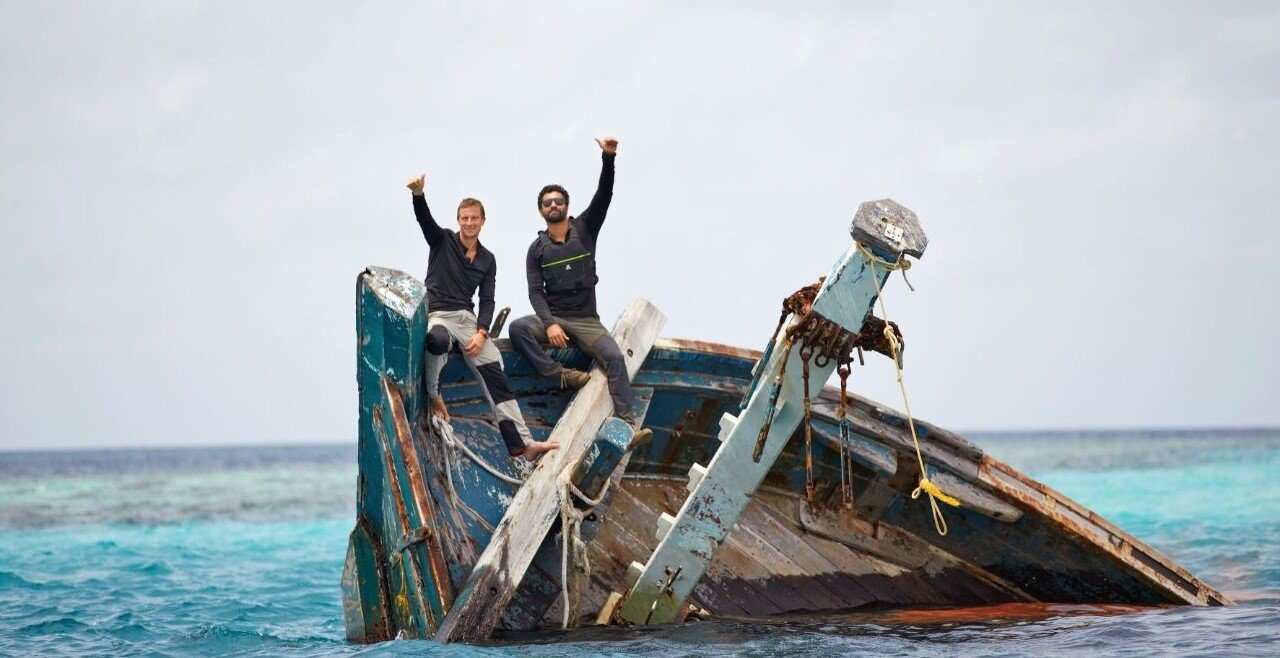 Vicky Kaushal Dives ‘Into The Wild With Bear Grylls’

Vicky Kaushal (right) with Bear Grylls in an expedition on the Indian Ocean. (photo via IANS)

MUMBAI — After Bollywood actor Ajay Devgn, the upcoming episode of the second season of ‘Into The Wild with Bear Grylls’ will have Vicky Kaushal as the special guest.

The actor opens up about overcoming his deep-sea water phobia and going on expedition in the Indian Ocean with famed adventurer Bear Grylls.

He says: “It was a wonderful experience going on this survival expedition with the world-famous adventurer Bear Grylls. If it wasn’t for him, I would have not been able to defeat my fear of swimming in this vast ocean. This journey also marks an incredibly significant chapter in my life as I was able to overcome and conquer one of my many fears.”

He adds how Bear helped him to overcome his fear while facing number of challenges from crocodiles, sharks and snakes including the uncertain tides and weather.

“The thought of being in the middle of an ocean and not having a floor beneath you is not easy, but Bear’s constant motivation and determination has helped me rise out of this triumphantly,” shares Vicky Kaushal.

Bear Grylls also shares how Vicky had gone through all the obstacles in this adventurous journey.

“Vicky was an incredible guest on so many levels, not only were we in some of the most hostile mangrove swamps on earth, but he also had to face open ocean swimming with sharks in the water, which was a huge obstacle for him! His story and his route to superstardom is so humbling, and his warm, infectious spirit is always inspiring. You get to see a very raw, personal side of Vicky on this journey, and I am so proud of how he truly conquered his fears,” says Bear Grylls.

‘Into the Wild with Bear Grylls’ will air on November 12 on Discovery+.