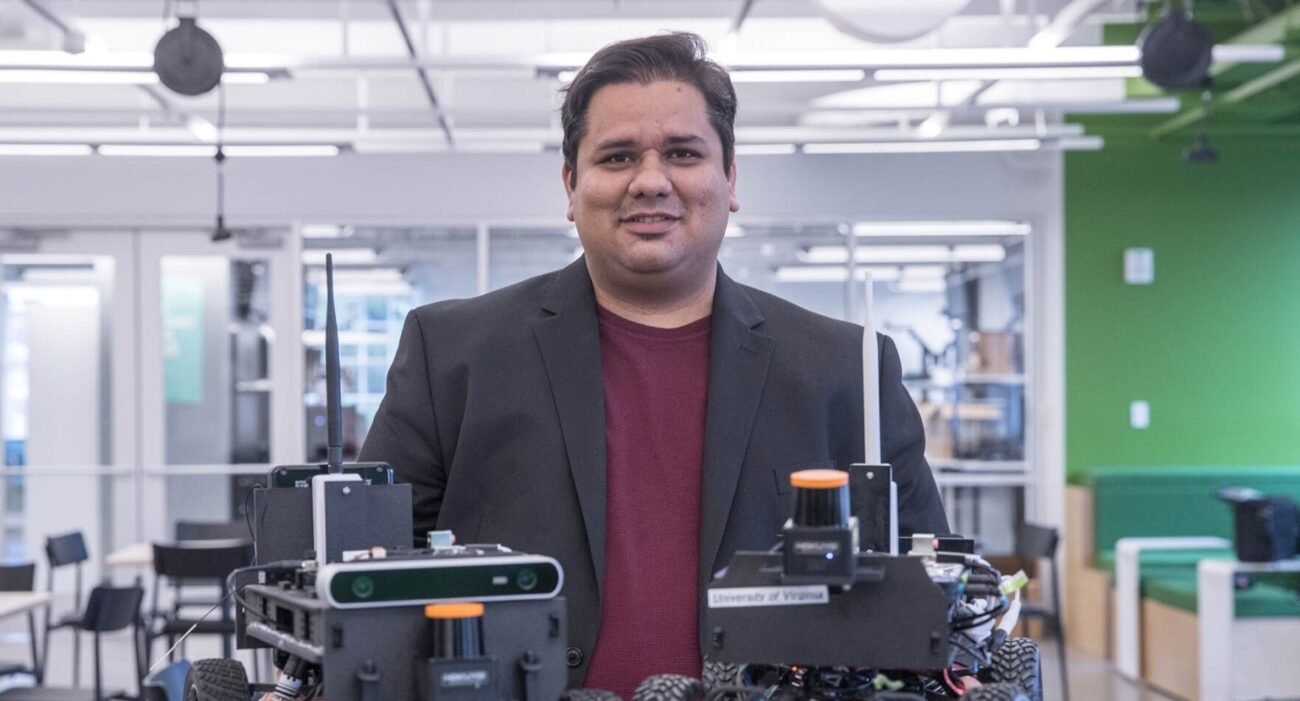 Indian American researcher Madhur Behl of the University of Virginia School of Engineering and Applied Science was a recipient of a CAREER Award by the National Science Foundation. (virginia.edu photo)

The University of Virginia Nov. 4 announced that Madhur Behl was among 12 university science and engineering faculty to be honored with a CAREER award from the National Science Foundation.

Behl is from the university’s School of Engineering and Applied Science, departments of Computer Science and Engineering Systems and Environment.

In May 2020, Partners for Automated Vehicle Education shared results from a poll of 1,200 Americans about attitudes around autonomous vehicle technology. Three in four believed the technology was “not ready for primetime;” almost half indicated they would never ride in a self-driving car; and a fifth do not believe that autonomous vehicles will ever be safe, the university report said.

The poll outlines the deep skepticism surrounding self-driving vehicles. Methods to improve – and prove – safety will be needed for broad-based acceptance.

Using auto racing as a platform, Behl has invented artificial intelligence methods to agilely maneuver an autonomous vehicle while pushing the limits of its steering, throttle and braking capabilities, according to the release.

His novel racing research is creating advanced algorithms that hold the key to safer autonomous vehicles, enabling them to avoid collisions even when they encounter unexpected challenges at high speeds while close to obstacles or other vehicles, it said.

In 2021 so far, 12 UVA assistant professors have earned National Science Foundation Early Career Development Awards, among the most competitive and prestigious grants for science and engineering faculty in the first stages of their careers.

That’s up from eight CAREER Awards in 2020, and four to five awards per year before then.

“The CAREER Award is given to early career researchers who have the potential to make a significant impact through their careers as academic researchers and educators,” Melur “Ram” Ramasubramanian, UVA’s vice president for research, said. “Getting 12 of these prestigious awards for our faculty so far this year is impressive, and really shows the great talent we have across the University,” he said.