HomeEntertainment‘Dhamaka’ Review: Action Drama That Is Far from Explosive

‘Dhamaka’ Review: Action Drama That Is Far from Explosive 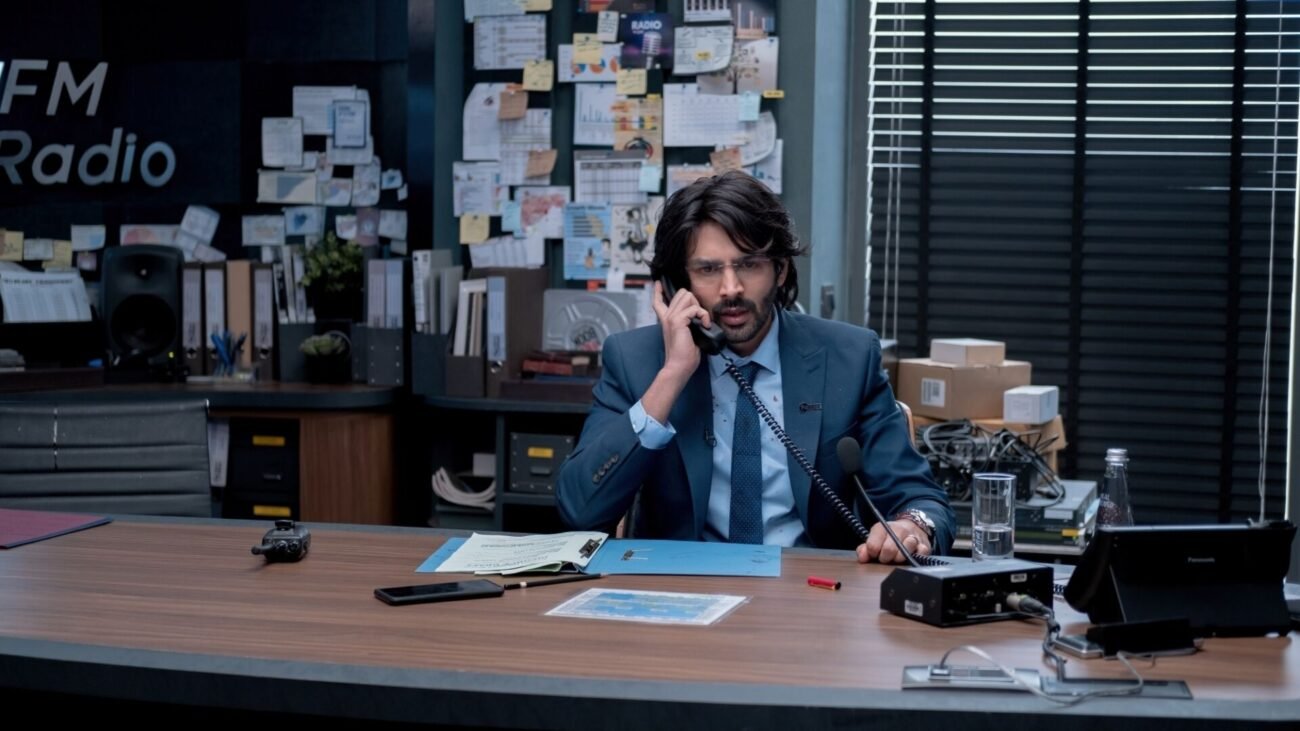 ‘Dhamaka’ Review: Action Drama That Is Far from Explosive

A scene from “Dhamaka.” (photo via IANS)

Director Ram Madhavani’s action-drama is based on the South Korean film ‘The Terror Live’ released in 2013.

The narrative opens with a montage of a happily married couple, Arjun Pathak (Kartik Aaryan) and his wife Saumya Mehra Pathak (Mrunal Thakur), and gradually, the camera slides into the gloomy interiors of the broadcasting room of TRTV News, where we see a grumpy Arjun, as the unhappy radio host.

A stray call from one of his listeners, who confesses to blowing up a bridge after an unsuccessful conversation with him, jerks Arjun back to reality. Being ambitious, he re-negotiates his position for the prime slot of Bharosa 24×7 on television as he tries to monopolize the live broadcast of the terror attack. How Arjun engages with the disgruntled caller, whose tone changes from demure to harsh on the show while he terrorizes the city hoping for an apology from a minister, forms the crux of the story.

As the action-drama unravels in real time, there is a sense of an immersive experience, but its execution, laden with loads of cinematic liberties, makes the entire exercise seem like a far-fetched and unrealistic saga.

Also, with its cinematic universe so narrowly focused, the entire mounting appears cardboard-thin and stage-crafted. The telling raises more questions than it answers as it attempts to convince us that a disgruntled citizen would go to such lengths for a paltry apology.

By the time the plot reaches the third act, and the tension builds up, the film’s thrill factor disintegrates. You realize that the film, which was essentially a morality play on ethics, has now changed course when it preaches, “You won’t get a second chance in life, live for now.”

The only thing that shines in the film is the disillusionment and frustration of the journalist, and it showcases the cut-throat business of news. This revelation is an eye-opener for all those who hungrily consume news.

The film is an outright Kartik Aaryan film. He is very convincing, with his smug veneer managing to portray a man quickly losing his moorings, but having to at least pretend he’s putting up a good fight. You fail to connect with him on an emotional level, though.

Mrunal Thakur as Saumya is limited to playing a news reporter at the site of the blast. Amruta Subhash is impressive as Arjun’s ruthless boss Ankita Malaskar. The others in the supporting cast simply don’t add to the viewing experience.

Overall, the impact of Dhamaka is far from thrilling.