HomeNewsNorthern California Man Who Killed Wife, 3 Children in 2019 Sentenced to Life in Prison

Northern California Man Who Killed Wife, 3 Children in 2019 Sentenced to Life in Prison 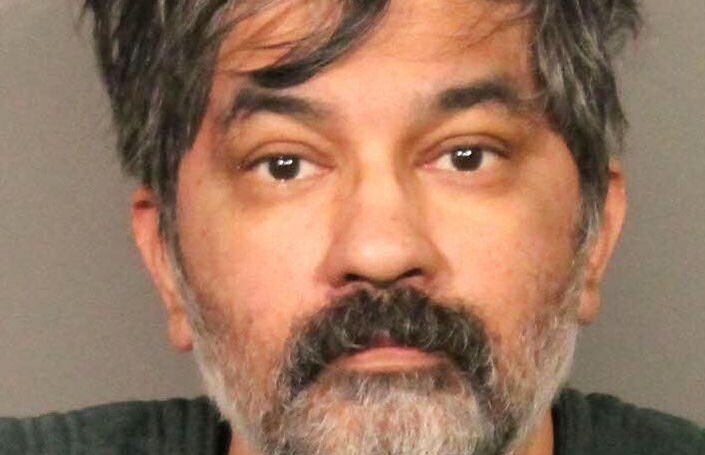 Northern California Man Who Killed Wife, 3 Children in 2019 Sentenced to Life in Prison

ROSEVILLE, Calif. — A Northern California Indian American man who confessed to killing his wife and three children was sentenced Nov. 10 to life in prison without parole.

Investigators in Placer County said Shankar Hangud, 55, confessed to killing his family members over the span of several days across two Northern California counties in October 2019, saying he couldn’t provide for them financially, KCRA-TV reported. His children were aged 13, 16 and 20.

Hangud was arrested shortly after the killings when he drove to a police station in Mount Shasta, more than 200 miles from his home, with the body of his oldest son in his car and confessed to all four murders, prosecutors said. After the confession, the bodies of the three other victims were found inside the family’s apartment in Roseville, northeast of Sacramento, police said.

Placer County Superior Court Judge Jeffrey Penney called it a “horrific crime” where no victims were alive to speak as he sentenced Hangud to three life prison terms. The district attorney’s office said that because Hangud had killed more than one person he had no possibility of parole.

Prosecutors said Hangud claimed to be in despair after losing his IT job and dealing with a marriage that was falling apart.

Hangud pleaded guilty in September to three counts of first-degree murder for his children and one count of deliberately aiding his wife to die by suicide.

“It’s hard to reconcile with the facts that this tragedy could happen because someone couldn’t get employed,” Placer County prosecutor David Tellman said. “But it’s an old-world, patriarchal thought pattern where if he can’t be a provider, he doesn’t want his family to have nothing. So he kills his family.”

Hangud was an unemployed data specialist. His LinkedIn profile showed he had worked for several companies in Sacramento and the San Francisco Bay Area.

The following day, according to court documents, Hangud killed one of his sons, Nischal. He killed his older son Varun on Oct. 13, according to the complaint.

According to police reports, Hangud, an unemployed data information specialist who owed more than $178,000 in back taxes, drove for an unknown number of hours with Varun’s body in his car before going to the police station Oct. 14 in Mount Shasta, Calif., where he confessed to killing Varun, and his wife and children in the apartment complex at which they lived in Roseville.

Hangud had no prior criminal history.