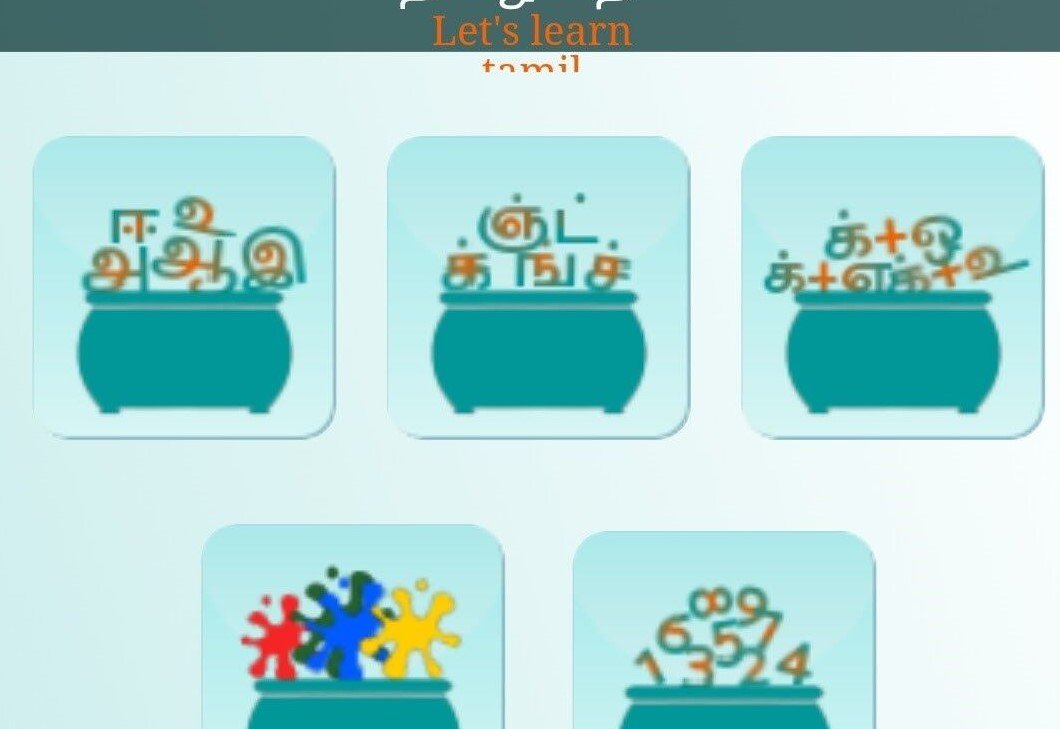 An image from the Tamizhi app. (photo provided)

Smaran Ramnath, 10, was incredibly productive during the COVID-19 pandemic, exploring his interest in coding and building objects using Legos, a news release said.

Smaran not only learned coding but created an app that helped him overcome obstacles in learning the very difficult South Indian language his parents speak at home — Tamil — which has 247 different characters and sounds, and uses symbols (not letters). Earlier this year, Smaran’s app won the prestigious Silicon Valley Challenge, a global competition for young coders hosted by BYJU’S FutureSchool, the release said.

When the pandemic started, Smaran, then in third grade, was forced to stay home, and his mother saw he had a lot of free time. He was already playing with Scratch — a programming language and an online community where children can program and share interactive media such as stories, games, and animation with others —creating his own games, and looking up Scratch tutorials on YouTube, the BYJU’S FutureSchool said.

Seeing his engagement with Scratch, she decided to enroll him in coding lessons at BYJU’S FutureSchool, a virtual learning platform that teaches math, coding and music via one-on-one instruction.

Smaran took a trial course around June 2020 and his mother was amazed to see him sit still throughout the session and remain completely engaged. As he had not studied coding before, he started as a beginner and progressed onward, the release added.

In August 2020, his teacher at BYJU suggested he consider entering the company’s Silicon Valley Challenge, and asked him to start thinking of a problem which can be solved via technology, in the form of an app.

Smaran thought the perfect problem was his own–the difficulty and challenge of learning Tamil which he had started learning at age 3 on a once weekly basis, but still hadn’t been able to master, mainly because there were so many different symbols and sounds, it said.

He thought, if he could transform the arduous process of matching the visual symbols to sounds, and make it into a fun, highly visual and engaging contest, the language could be learned by other students, according to the release.

His app, which he called Tamizhi, became a game of mastering 12 vowels (“Uyir Ezhuthukal”), 18 consonants (“Mei Ezhuthukal”), one special letter (“Ayutha Ezhuthu,” listed at the end of the vowel set), 216 combinant letters (“Uyir Mei Ezhuthukal”), basic colors, and the numbers 1-10.

At the end, there is a reinforcement game that mixes vowels (“Uyir”) and consonants (“Mei”). He decided to create six pots that represent levels of the game, arranged in the shape of an inverted pyramid. The app allows the student to potentially score 50 points, at which point the student attains mastery of the language, according to the school’s news release.

In Fall 2020, Smaran was selected as a finalist in the competition and BYJU’S FutureSchool assigned a mentor to help Smaran move forward in the app development process between October and December.

In late December, Smaran submitted the final prototype of the app, and heard several months later that his app was selected as one of a handful of winners in the Silicon Valley Challenge, it said.

Currently, the Tamizhi app is being actively used by over 30 Indian families in the Orange County area, whose children are learning Tamil.