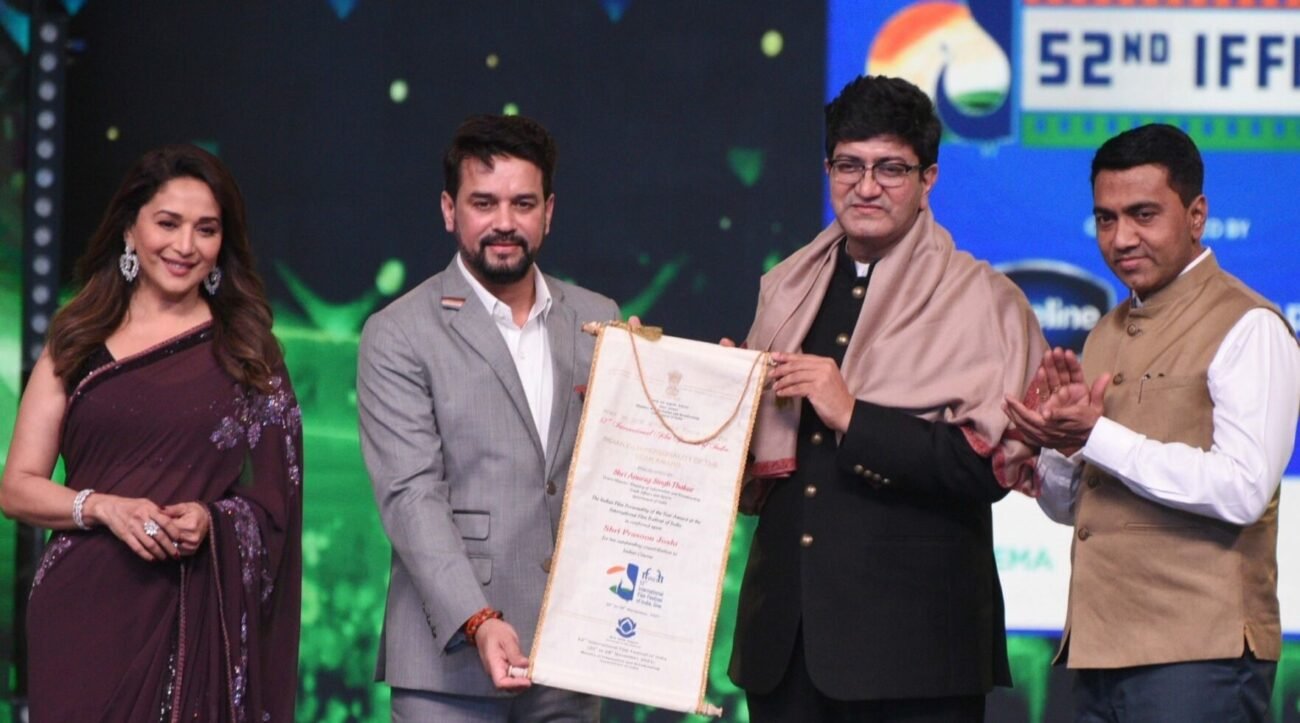 PANAJI – Underlining the fact that India’s diversity was really amazing, renowned lyricist and creative writer Prasoon Joshi on Nov. 28 pointed out that if there was no platform for all segments to tell their stories, India’s rich diversity would not show in her cinema.

Speaking after being honored with the ‘Film Personality of the Year’ award at the closing ceremony of the 52nd edition of the International Film Festival of India, the eminent lyricist and creative writer appreciated IFFI for attempting to provide such a platform through the 75 Creative Minds initiative.

He said, “IFFI has been more than an awards show, it has been a festival. I think what these 75 Creative Minds can do for the country is what really gives me hope.”

Pointing out that while films could appear like magic, filmmaking should not, the writer said that what this initiative tried to do was give exposure.

“It’s a process,” Joshi said and pointed out that the chance we attach to filmmaking should reduce. “That is because we have so many brilliant minds waiting and raring to go in this country who want to make great films,” he said.

Stating that he was very hopeful about the future of Indian cinema, Joshi said, “The diversity we have in this country is really amazing. But if we do not get a platform for the diversity, that diversity is not going to reflect in our cinema. It is only going to reflect if all these people whom we saw coming from various parts of the country start telling their stories.”