HomeEntertainmentSalman Khan Tries His Hand at the ‘Charkha’ in Sabarmati Ashram

Salman Khan Tries His Hand at the ‘Charkha’ in Sabarmati Ashram 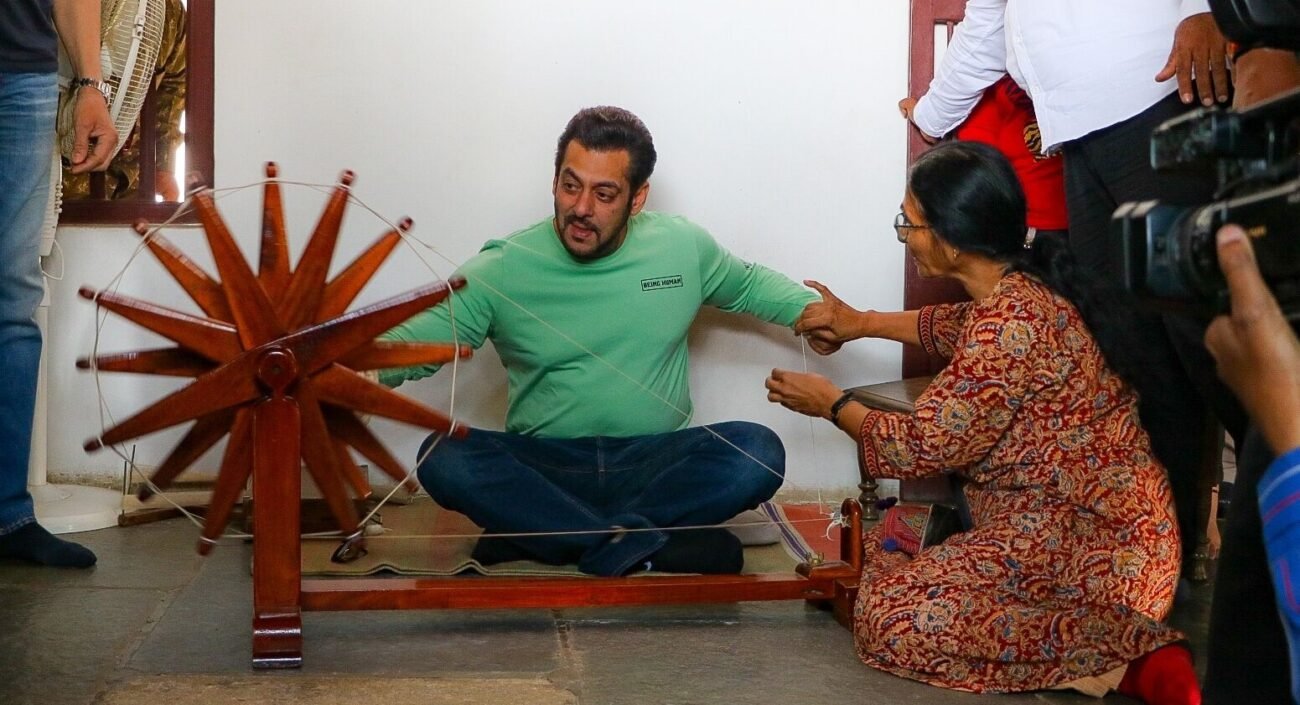 Salman Khan Tries His Hand at the ‘Charkha’ in Sabarmati Ashram

MUMBAI – Bollywood superstar Salman Khan is currently in Ahmedabad to promote his latest release ‘Antim: The Final Truth’. He even visited the famous Sabarmati Ashram.

The actor was pictured on Nov. 29 at the Sabarmati Ashram and even tried his hands at the spinning wheel or ‘charkha’.

The superstar looked dapper in jeans paired with a light green T-shirt. In the pictures obtained, the ‘Dabangg’ star can be seen sitting on the floor and observing how a charkha works. He then tries himself at spinning it.

He was also seen writing a special message in the guest book.

‘Antim: The Final Truth’ marks the return of Salman Khan on the silver screen after a long wait of two years. The megastar earlier was seen in ‘Radhe’ which had a hybrid release divided over OTT and a theatrical release outside of India.