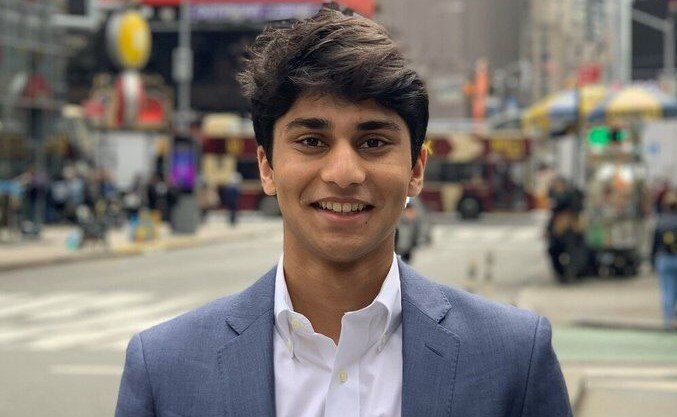 One of the country’s most prestigious scholarship programs, it sends future American leaders to the island of Ireland for a year of graduate study, said a press release.

This year, 351 individuals applied for the 12 scholarships, who will begin their studies in Ireland in September 2022.

Kulkarni, a resident of Far Hills, New Jersey, is studying Policy Analysis and Management as a senior at Cornell University, the release noted. He co-founded and is CEO of Polici.org, a startup that uses machine learning techniques to summarize peer-reviewed academic research papers to an eighth grade reading level and disseminates those summaries to traditionally underserved populations.

The start-up received several awards and was accepted to accelerator programs.

Kulkarni served as president of the Cornell International Affairs Review and founded Cornell’s Office of Student Government Relations. He was also a research assistant on an NSF funded project with researchers at Cornell, Microsoft Research, and UC Berkeley, assisting in automating data collection and designing methods related to ethics in technical college departments.

Kulkarni was an intern for Senator Cory Booker; for the House of Representatives Committee on Energy and Commerce; and was a Campaign Fellow for Biden for President serving as an aide to the National Asian American and Pacific Islander director. As a research associate for Harvard Law School’s Library Innovation Lab, he helped build legal technology by integrating 50 state codes to H20, an open casebook platform, in Python, Java and HTML.

Kulkarni wants to dedicate his career to the process of digitizing government to bring basic services to Americans in an accessible and cost-effective way. He will study Social Data Analytics at University College Dublin.

Ravi, a resident of Plano, Texas, is a senior at Columbia University studying Astrophysics. She is the recipient of an international award, organized by Aviation Week Network, that recognizes the top 20 most promising aerospace students in their twenties.

As a Science Research Fellow at Columbia, Ravi participated in computational astrophysics research, working to model distant galaxies with high-resolution near-field stars. She developed an astronaut tool to help detect hazardous portions of handrails on the International Space Station. She did this in collaboration with NASA’s Neutral Buoyancy Laboratory where her device was tested.

Ravi won first place for her paper about that project at the 2021 AIAA SciTech Forum, the world’s largest conference for aerospace research and development. She also won the NASA Student Payload Opportunity with Citizen Science competition. She led a team of 25 students in designing a project to study the effects of microgravity on antibiotic resistance of bacteria. This project will fly to the International Space Station in December 2021, said the release.

She will study Space, Science and Technology at University College Dublin.