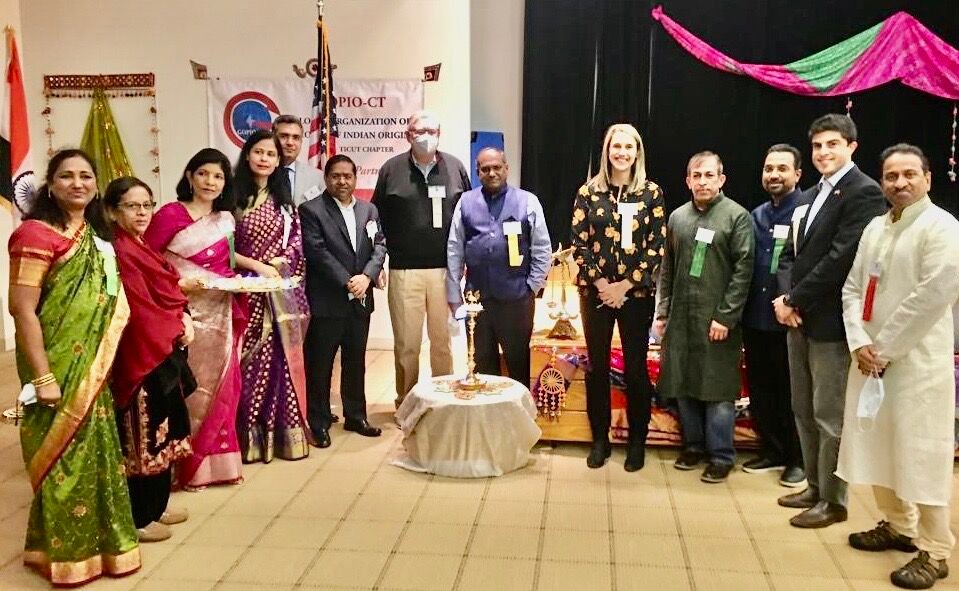 The Ferguson Library in Stamford, Connecticut, Nov. 14 celebrated India’s Festival of Lights, or Diwali, with the launch of its ‘India Collection of Books’, in an event coordinated by the Connecticut chapter of the Global Organization of People of Indian Origin. The India-related books were donated by the India government through its Consulate in New York, according to a press release.

The launch event began with an invocation to Lord Ganesha and a universal prayer by GOPIO-CT Indian American secretary Prachi Narayan and Yashasvi Jhangiani, followed by the lighting of the traditional lamp and diyas by dignitaries and GOPIO leaders.

In her welcome address, Library president Alice Knapp lauded the new initiative from GOPIO-CT and thanked the Indian Consulate for donating the books.

GOPIO chairman Thomas Abraham, the main organizer who had initiated the book launch, said: “As the pandemic is still not ever and there is resistance to vaccination by some groups of people, the celebration of knowledge over ignorance [Diwali] has greater meaning to people all over the world.”

Pointing to the fact that 55,000 students have come to the United States from India this year, it opens up immense opportunities for us in this “tech-driven world,” he said.