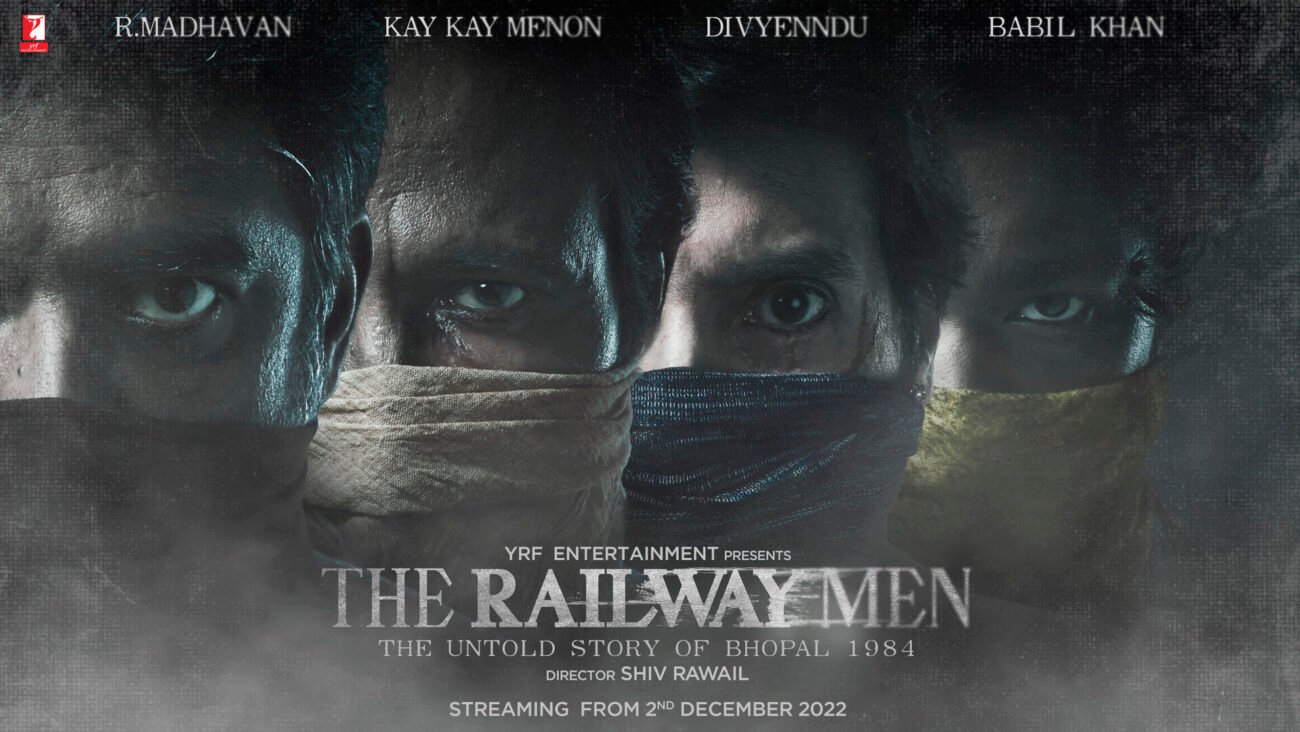 MUMBAI — “You know the killer, this story is about the saviors!” says the teaser of Yash Raj Films’ first web series, “The Railway Men.” As a mark of salute to people who saved scores of lives, YRF announces this project on the same day that the world’s worst industrial disaster had struck Bhopal 37 years back—the Bhopal gas leak.

Releasing Dec. 2, 2022, that is, exactly a year later on the same day, the series is directed by Shiv Rawail, grandson of veteran filmmaker H.S. Rawail and son of Rahul Rawail, the man who introduced stars as varied as Kumar Gaurav, Sunny Deol, Amrita Singh and Kajol. Shiv has been homegrown at YRF and is being mentored by Aditya Chopra.

Yash Raj Films, one of India’s biggest production houses, is thus venturing into the booming digital content (over-the-top or OTT) landscape of India. YRF’s streaming content production business will be called YRF Entertainment and it will churn out five marquee projects in its first year.

“The Railway Men” is a tribute to the railway workers at the Bhopal station who are the unsung heroes of the 1984 Bhopal gas tragedy, the world’s biggest man-made industrial disaster. It will feature R. Madhavan, Kay Kay Menon, Divyenndu Sharma and Babil Khan. The company will also announce the presence of several other powerful performers soon. Filming began Dec. 1.

Akshaye Widhani, senior vice-president of Yash Raj Films, says, “The Bhopal gas tragedy is the world’s worst industrial disaster that has impacted scores of people since the tragedy struck the city 37 years ago. At YRF, we are constantly trying to develop the best compelling stories for the audience, and this is our tribute to the unsung heroes of the tragedy who, despite saving thousands of lives on that fateful day, are still unknown to people across the world.”

Yogendra Mogre, executive producer at YRF Entertainment, adds, ““The Railway Men” is our salute to their spirit, their courage and their humanity. This is a story that needed to be told. We are not going to leave any stone unturned to ensure that this story reaches out to audiences, across the world, in the best possible way so that they can understand the depth of devastation that this tragedy has caused in India.”

In the late hours of Dec. 2, 1984, methyl isocyanate gas leaked from a pesticide factory owned by the American Union Carbide Corporation. It has been reported that more than half a million people were poisoned that night and the official death toll exceeded 5,000. Thousands of survivors have said they, their children and grandchildren are struggling with chronic health problems like cancer, blindness, respiratory, immune and neurological problems as a result of the leak.