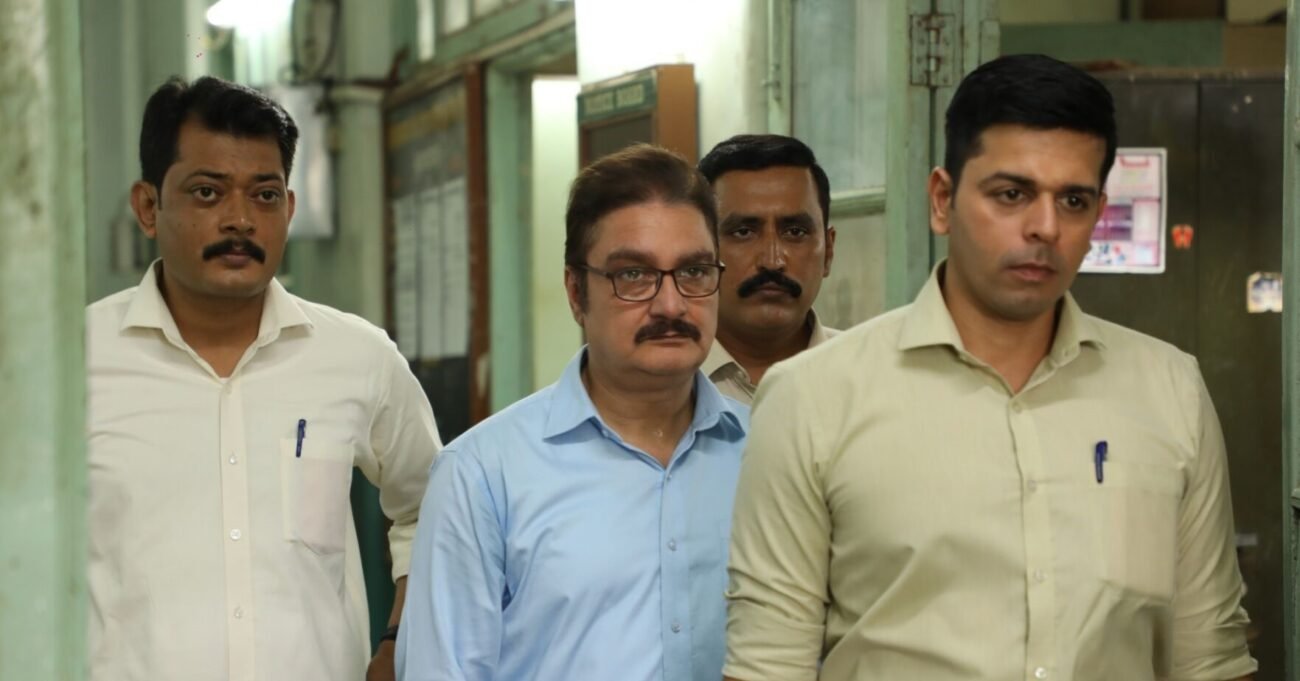 For the uninitiated, IPC 420 literally means Section 420 of the Indian Penal Code, which deals with offenses relating to cheating and dishonesty.

Set in Mumbai, 2015, the narrative unravels the story of Bansi Keswani (Vinay Pathak) a chartered accountant by profession who has influential clients. While his clients are well-to-do, Keswani on his personal turf is drowned in debts. When his client, the Deputy Director of MMRDA (Mumbai Metropolitan Region Development Authority), is arrested by CBI in a Rs 1,200 crore scam, Keswani is interrogated, and his house raided. After a thorough investigation, Keswani is cleared of any wrongdoings.

But immediately after this, builder Neeraj Sinha, another client of Keswani, accuses him of stealing and forging 3 blank checks of Rs 50 lakh each. This time Keswani is arrested and put into judicial custody, and his life is turned upside down.

Being low on funds, he appoints Birbal Choudhary (Rohan Vinod Mehra) a bright but inexperienced lawyer to fight his case. How Birbal gathers evidence to combat the public prosecutor Savak Jamshedji (Ranvir Shorey) to prove Keswani’s innocence against theft, forgery, and attempted bank fraud forms the crux of this story.

Mounted as a genuine, working-class film, Gupta’s script and screenplay is more than serviceable, no doubt. It has all the elements of investigation, courtroom drama, and legal jargon. It makes you curious about what will happen next but lacks plot twists, tension, and excitement, despite a twisting story of secrets and influence.

Pathak sleepwalks through his character as the staid, poker-faced Keswani. So does Gul Panag, who plays his wife Pooja.

Shorey makes an effort to be different, and he largely succeeds in portraying Savak Jamshedji with elan.

Mehra is bright, charming, and sincere as Birbal. He has a decent screen presence, but since the character has no must of histrionics to display, he fails to make an impact.

The film boasts fine production qualities, and overall, it will appeal to those keen on legal tangles.