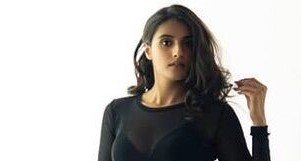 The film, which is being made in Tamil, Telugu, Malayalam and Hindi, already has director Gautham Vasudev Menon and Vijay Sethupathy playing important roles in it.

Actor Sandeep Kishan too welcomed the actress by tweeting, “Welcoming the gorgeous and extremely hardworking Divyansha Kaushik as our mysterious Theera. Looking forward to watching you bring her magic to life.”

The film has generated quite a bit of interest right from the time director Ranjith first released its title poster.

Along with the poster, Ranjith wrote in Tamil, “A wise man once said that man, by nature, is not a docile creature who prefers peace. He is a creature who is constantly expecting to be attacked and therefore ready to hit back hard!”