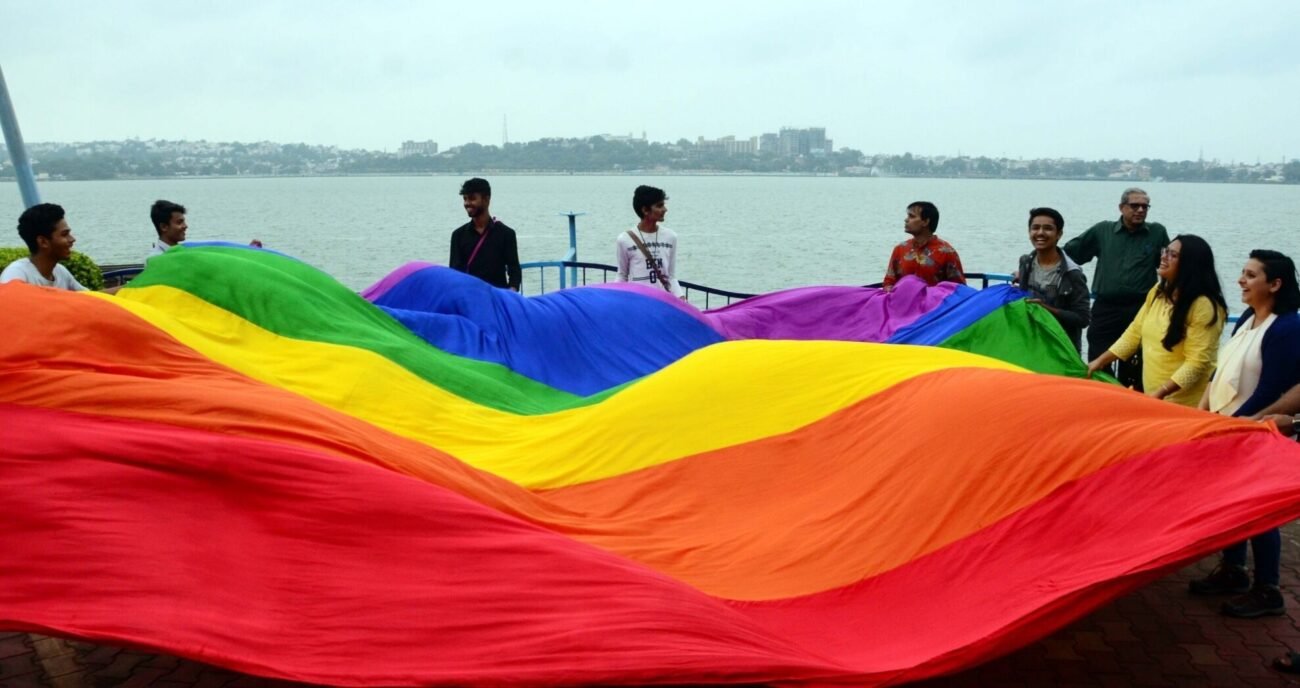 HYDERABAD, India (AP) — In a first for the southern Indian state of Telangana, two men celebrated their same-sex union with a wedding ceremony on Dec. 18.

Abhay Dange and Supriya Chakraborty wore white tuxes, exchanged rings on a lavish marquee in what they called a “promising ceremony” and called each other “soul mates,” reported local media.

While India struck down a colonial-era law that criminalized gay sex in 2018, there is no law allowing same-sex marriage.

This meant the couple were not able to legally register their marriage, but they told local media they wanted to find a way to celebrate and officially mark their relationship despite this.

They said they wanted their wedding to normalize same-sex relationships in India, and help those in the closet come out. “We hope to live in a world with no closets,” they told The New Indian Express newspaper.

The event, which took place on the outskirts of the city of Hyderabad, was attended by close friends, family and members of the LGBTQ community.

“Our parents weren’t initially the most supportive. However, they also didn’t disapprove of it either. They decided to give us and themselves a good amount of time to introspect and come to a better conclusion. Now, we have their acceptance,” Chakraorty said.

Homosexuality has a tangled history in India, and some of Hinduism’s most ancient texts are accepting of gay sex. But same-sex couples have also been harassed for centuries in many Indian communities, whether Hindu, Muslim or Christian.

The 2018 decision by the Indian Supreme Court to strike down the law that made gay sex punishable by up to 10 years in prison was seen as a landmark victory for gay rights, with one judge saying it would “pave the way for a better future.” But despite this progress, same-sex marriage remains illegal and petitions seeking legal recognition have been met with resistance by the government.

Still, homosexuality has gained a degree of acceptance in deeply conservative India over the past decade, particularly in big cities. India now has openly gay celebrities and some high-profile Bollywood films have dealt with gay issues. But many gay people still face heavy stigma, isolation, and persecution, despite the historic ruling in 2018, and it isn’t clear how many other gay wedding celebrations have been held in the country.