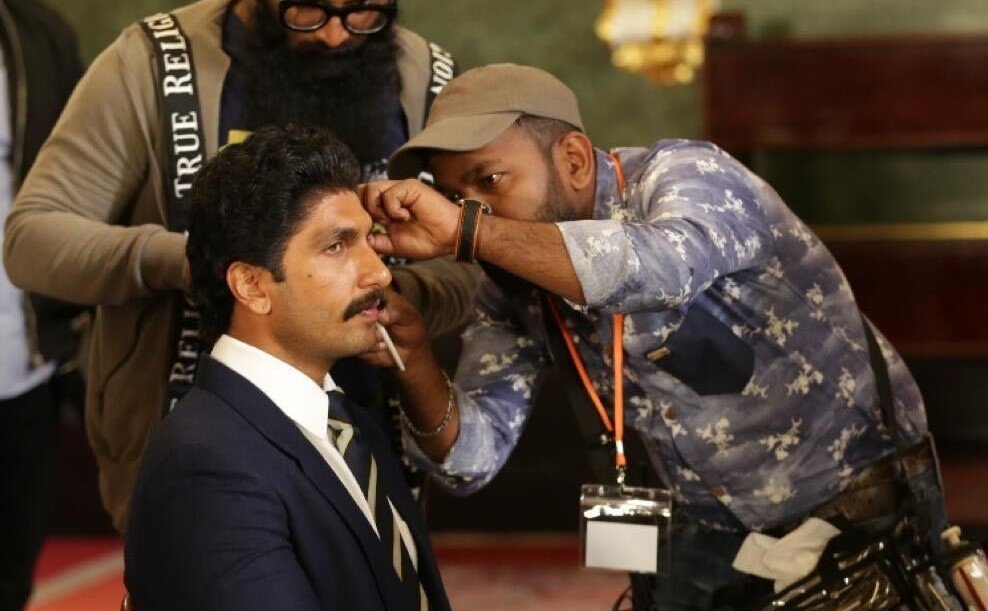 For hairstylist Darshan Yewalekar, the man behind recreating cricket legend Kapil Dev’s hairstyle for Ranveer Singh in ’83’, every strand and every wave of hair required nothing less than perfection. (photo via IANS)

MUMBAI – For hairstylist Darshan Yewalekar, the man behind recreating former Indian skipper and cricket legend Kapil Dev’s hairstyle for Ranveer Singh in ’83’, every strand and every wave of hair required nothing less than perfection.

Ranveer has been Darshan’s muse for more than ten years and the two have worked on multiple films together, but this was the first time they were striving to pay tribute to a living legend.

Revealing how he understood the brief and the challenge that came with it, Darshan said: “When Kabir sir first met me, his brief was very straightforward. He just said, ‘Let’s replicate ‘the’ hair.’ Ranveer and I knew we had to be as close as possible to how Kapil sir looked in 1983 and we went through volumes of vintage pictures and almost four to five look tests to get the famous curls right.”

But hair was not just the only element involved in recreating the look. As Darshan put it: “Then there was his classic moustache. It had to be just right and it literally came down to slowly removing a single strand of hair to make sure it looked as authentic as possible! And yes, it is absolutely real. I insisted that we avoid a fake moustache.”

He continued: “At the heart of this story is of course Kapil Dev, the fearless skipper who made the impossible possible. The challenge for me was to transform Ranveer into Kapil sir and to ensure that he closely reflected the legend who made history when he lifted the trophy at the hallowed grounds of Lord’s! Every strand, every wave of hair needed to be perfect to recreate Kapil sir’s persona!”

But the process was far from easy. “This is not to say that it was an easy process,” Darshan pointed out. “There were a number of conversations between Ranveer, Kabir sir and me, and together we ironed out the imperfections to ensure that we created not a caricature but a character with real gravitas and depth.”

He added: “All of us are obsessed with micro details and so we were open to continue experimenting till we nailed the final look. I am glad that we have been able to do justice to a very special chapter in our history.”

As much as the process was challenging, it was rewarding too. As Darshan put it, “It was a matter of great relief that the captain of the ship, Kabir Khan, was willing to give me time and space to get every detail just right for the overall look.”

All that hard work has paid off for Darshan, who cannot believe the amount of appreciation coming his way.

Asked about the compliments he has received, Darshan said: “The biggest compliment that I have got from industry veterans is, ‘You have made it happen!’ The experience has been overwhelming to say the least, especially because it is relatively easier to work from one’s imagination, but to replicate something that is a part of everyone’s imagination just adds that extra pressure.”

Darshan has been Ranveer Singh’s ‘mane’ man since the beginning of the actor’s career. His upcoming projects include ‘Rocky Aur Rani Ki Prem Kahani’, where he is designing the hair for the entire star cast.