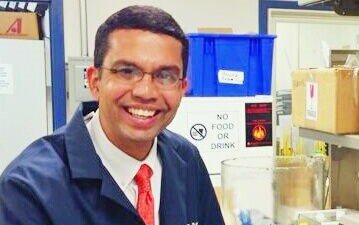 Raj Shah, an Indian American chemical engineer in New York and current director of Sales, Marketing and Technical Services at Koehler Instrument Company, was recently inducted as a Fellow of the International Institute of Physics.

Shah said he was grateful to all his company, the management, his colleagues and industry mentors who helped him so far on his journey and he said he was extremely humbled, according to a report on petro-online.com.

Shah was also recently elected a Fellow of the Institute of Chemical Engineers.

This year, Shah was also selected as an eminent engineer into Tau Beta Pi, the oldest engineering honor society in the United States, which has over 600,000 members at 254 colleges and universities across the country.

Shah also received another accolade this year by being elevated as a Fellow at the Institute of Measurement and Control, noted the report.