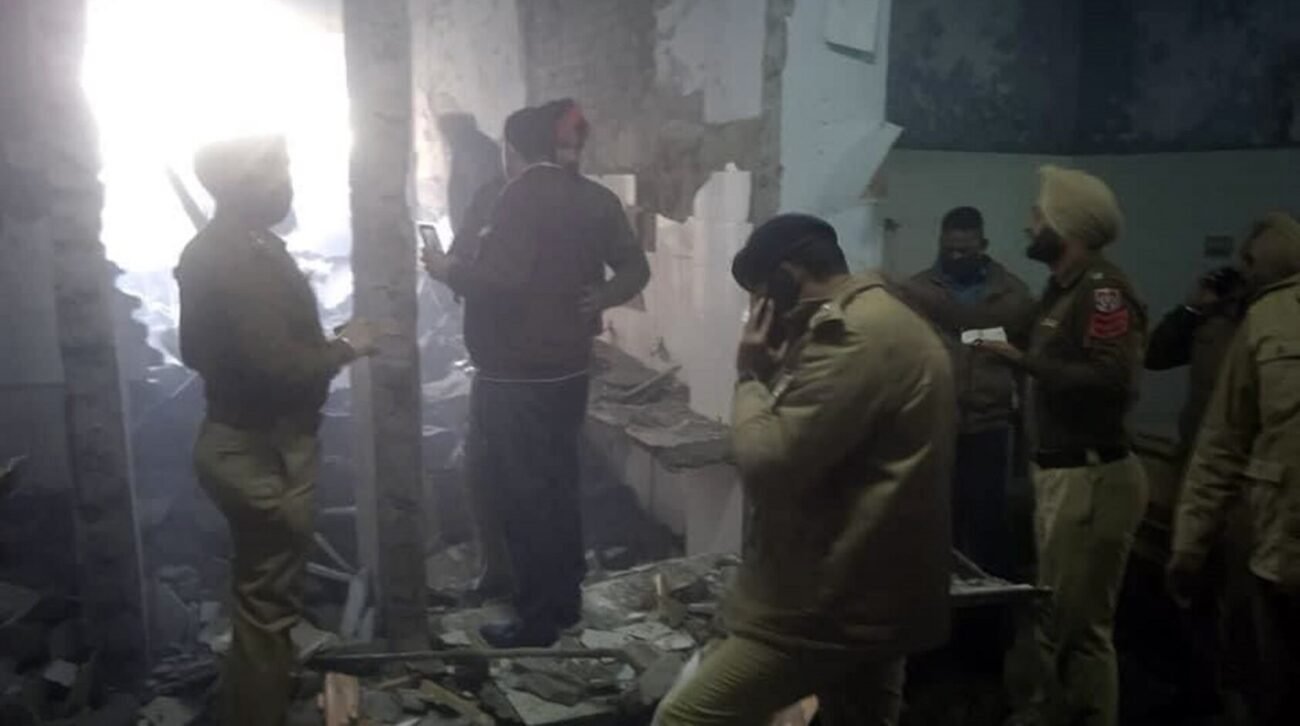 Police personnel inside a district court complex after a blast, in Ludhiana on Dec. 23, 2021. (Pawan Sharma/IANS photo)

NEW DELHI – Jaswinder Singh Multan, a top member of Sikhs for Justice, has been arrested in Germany for allegedly being the main conspirator of the Dec. 23 blast in the Ludhiana district court complex which killed one person and injured five others, sources said.

He was arrested in the city of Erfurt after India shared evidence with counter-terror agencies in Berlin.

“We shared all the evidence that we gathered from the blast spot and also how the conspiracy by Multan was hatched,” said one of the sources.

Multan was conspiring to bring in more explosives from Pakistan in India through the international boundary and was also planning to carry out similar blasts in other parts of the country.

It is also alleged that Multan was also behind pushing arms in the Khemkaran area of Punjab’s Tarn Taran district in October this year.

The Punjab Police and the Border Security Force had recovered a huge cache of weapons near the India-Pakistan border in the Khemkaran area on Oct. 20. They had recovered 22 pistols, 44 magazines and 100 rounds of ammunition and also a kg of heroin.

The source said that Pakistan’s Inter Services Intelligence was in touch with Multan.

On Dec. 23, the explosion took place in a washroom on the second floor of the District and Sessions court complex in Ludhiana at around 12:22 p.m.

The counter-terrorism agencies probing the incident had claimed that it was the former head constable of Punjab Police, Gagandeep Singh, who planted the bomb at the court complex and died as it suddenly went off killing him on the spot.

Gagandeep Singh, a former police head constable who was dismissed from the service for having links with a drug dealer, was booked under the NDPS act and lodged in jail for two years in this connection in 2019.

The probe agencies also found that Pakistani’s ISI was behind the blast and was in touch with Gagandeep Singh. During the probe, the cops found the role of SFJ members Harvinder Singh and Jaswinder Singh Multan, who were based in Germany. They were in touch with SFJ president Avtar Singh Pannu and Harmeet Singh.