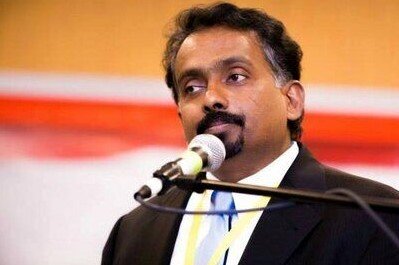 The American Association of Indian Origin Engineers, which recently hosted an event for its members in Bolingbrook, Illinois, Dec. 19, inaugurated the AAEIO Innovation Center, attended also by top CEOs, academics, and fellow engineers with their spouses.

U.S. Representative Bill Foster, along with Indian American AAEIO president Gladson Varghese, president-elect Ajit Pant, vice president Nitin Maheshwari and other board members, jointly inaugurated the Innovation Center, which is a partnership with leading institutions (U.S. and Indian governments, Purdue University, Northwestern University, among others) to commercialize key technologies, according to a press release.

Deepak Vyas, CEO of Redberri Group, spoke about the need to drive innovation and how the AAEIO platform can help. He emphasized that there are more than 16,000 technologies that NASA has that need to be commercialized. As part of the innovation hub, AAEIO will establish a fund in which state and other grants can be used in conjunction with initial, corporate and regular AAEIO members who can use these funds on select technologies.

Promod Vohra, former Dean of Engineering at Northern Illinois University and current president of ProBys, also spoke at the meeting about the need for engineers to work together to solve current challenges, and stated that he will serve on the board of AAEIO to promote its mission to engage, innovate and educate engineers of Indian origin, the release noted.

Maheshwari spoke of AAEIO’s future plans, which include a job fair, kick-off event for startups in the Chicago area, and networking events, among others.