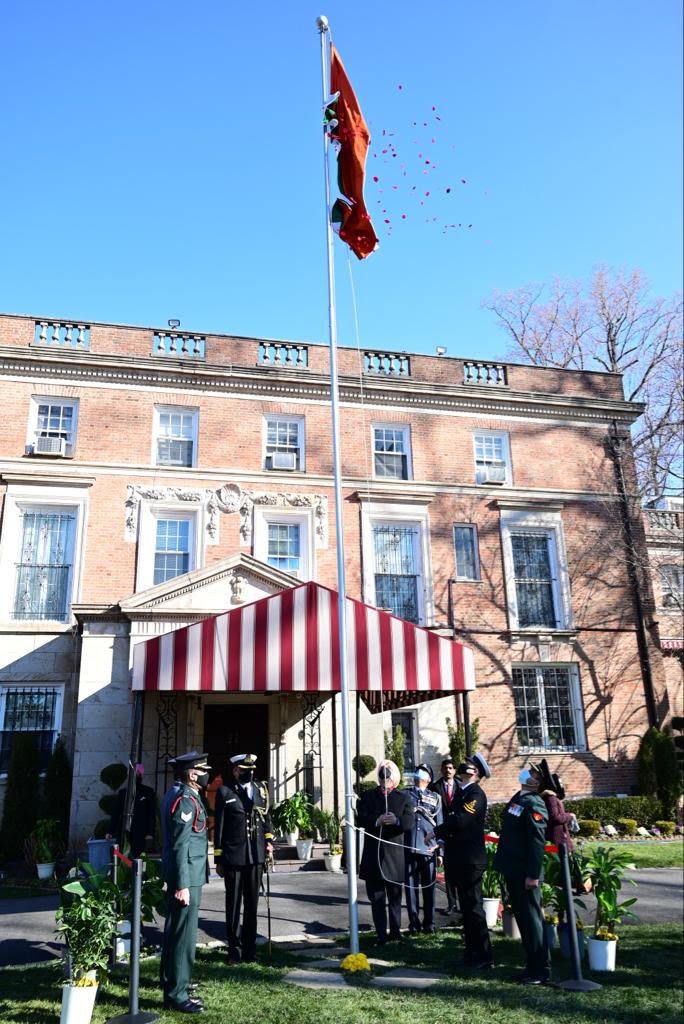 India-West Staff Reporter
WASHINGTON, DC – The 73rd Republic Day of India was celebrated here with a flag-hoisting ceremony on Jan.26 at the India House. The ceremony was attended by severalcommunity members, and friends of India including through virtual mode in view of the pandemic.

Ambassador of India, Taranjit Singh Sandhu, unfurled the tricolor, which was followed by singing of the Indian national anthem. The address of the President of India on the eve of Republic Day was played during the ceremony.

Highlighting the initiatives of the Indian government such as Vaccine Maitri (Vaccine Friendship) and in clean energy as announced by Prime Minister Narendra Modi at the COP26 Summit in Glasgow last year, the ambassador reiterated that India would continue to be the country that cherishes her foundational values and ideals and works for global good. He recalled the remarks of Modi during his meeting with President Joe Biden in 2021, that we were witnessing a transformative period in the India – US strategic partnership driven by tradition, talent, technology, trade, and trusteeship. He underlined that the Diaspora was an important pillar of the India- US relationship, through their achievements in diverse sectors and by contributing to India’s development journey.

A short cultural program involving rendition of patriotic songs by students of Gandharva School of Music, Richmond was presented during the ceremony.