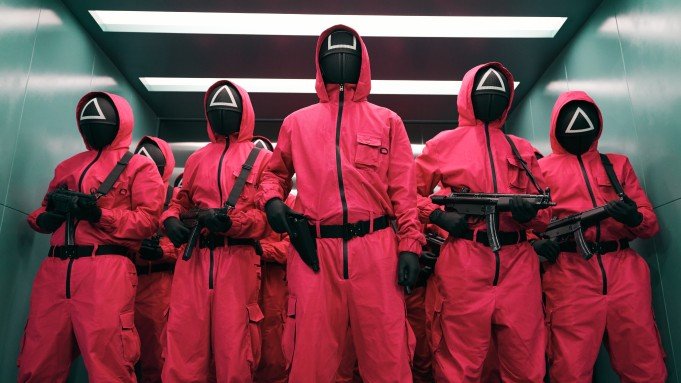 LOS ANGELES, CA (IANS) – Korean series have been a staple on Netflix for years, but following the ‘Squid Game’ phenomena, audiences around the world can’t get enough of not only the typical K-Drama fare, but also Korean thrillers and reality series.

Korean zombie thriller ‘All of Us Are Dead’, which features a familiar ‘Squid Game’ face, made its debut on the streamer’s non-English language TV Top 10 list for the week of Jan. 24-30, coming in at No. 1 with 124.79 million hours viewed.

This marks the most hours viewed in the premiere week for any Korean title since Netflix began releasing its Top 10 data last year, reports variety.com.

‘Squid Game’ remains legions above all other titles on Netflix’s Top 10 most popular non-English TV list of all time, with a mammoth watch count of 1,650,450,000 hours.

Latino and Hispanic series took over the rest of the non-English language TV list, along with long-time mainstays in the category, ‘Cafe con aroma de mujer’, ‘La Reina del Flow’, ‘Carinha de Anjo’ and ‘Yo soy Betty, la fea’, as well as relative newcomers ‘I am Georgina’, ‘Neymar: The Perfect Chaos’, ‘Summer Heat’ and the fourth season of ‘El marginal’.

Over to Netflix’s English-language TV programming, all four seasons of ‘Ozark’ made it to the chart, as well as the fifth season of ‘Riverdale’ taking No. 10 spot, while ‘The Woman in the House Across the Street From the Girl in the Window’ cinched No. 2 with 40.08 million hours viewed.

‘Don’t Look Up’ and ‘Red Notice’ continued to have staying power, as well as animated family flicks ‘Hotel Transylvania 3: Summer Vacation’ and ‘The Secret Life of Pets 2′. ‘Home Team’, starring Kevin James and Taylor Lautner, landed at No. 2 with 21.05 million hours viewed.