One Can’t Get Enough of Wildlife: Rannvijay Singha 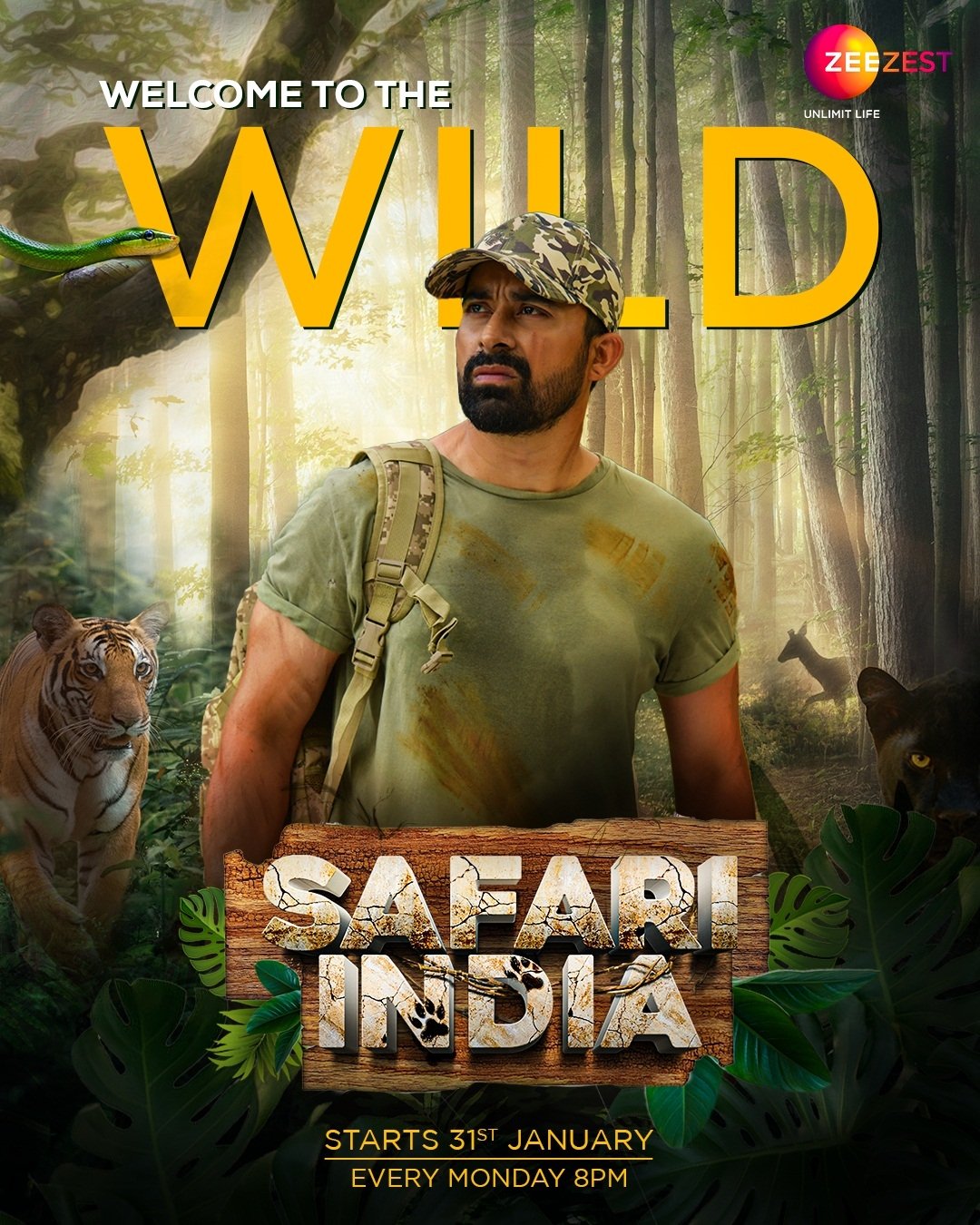 One Can’t Get Enough of Wildlife: Rannvijay Singha

With the aim to explore and experience India’s rich biodiversity, the people behind the parks, and the urgency of preserving the magnificent wildlife, Safari India explores seven of India’s legendary national parks through an eight-part tentpole series. Zee Zest has launched a first-of-its-kind show ‘Safari India’, an adventurous, entertaining and thrilling journey across some of India’s prominent national parks with actor Rannvijay Singha.

The seven national parks captured through Safari India’s lens are the popular Jim Corbett National Park in Nainital, Kaziranga National Park in Assam, Pakke Tiger Reserve in Arunachal Pradesh, Ranthambore National Park in Rajasthan, Gir National Park in Gujarat, Netravali Wildlife Sanctuary in Goa and Dubare Elephant Camp in Karnataka. Singha walks us through each jungle, with its own wildlife diversity that breathes life into nature, and that echoes the roar of its own emotion, takes you through an exciting and thrilling experience.

Q: What piques your interest in being a Safari host?

A: Hosting Zee Zest’s Safari India was so up my alley that I didn’t even think twice. I was raised in an army family, and we were always stationed near the forest. In fact, Jim Corbett Park was where I spent my first birthday. As soon as I count the opportunity to host Zee Zest’s Safari India, I jumped at it because these are the kind of things I would like to do myself even in my spare time.

Q: Have you ever been blown away by nature? Walk us through.

A: Of course, I’ve been blown away by nature many times. But now that I’ve had this journey with Safari India, the whole month that we shot it for, every day there was something that was just unbelievable. From the experiences that I had with Dr Panjeet when they were rewilding bear cubs deep in the Pakke Tiger Reserve to meeting female forest officers in Gir, and even in Dubare Elephant Camp in Karnataka, when we were microchipping a Cobra, every experience was amazing.

In every episode that you’ll see during my journey with Safari India, I’m interacting with people behind the ecosystem that supports the national parks and forest reserves in India. Just with the kind of information that I was getting, the lifestyle and the way nature works, all of it was just unbelievable and I was blown away every day.

Q: What can viewers expect from this series?

A: The viewers can expect a journey of someone who is just not looking at wildlife, forests and enjoying the safaris but stories of people who have actually dedicated their lives, who are from that place — villagers, tribals, forest officials, government officials, doctors, biologists, and naturalists and how they are working towards making this planet a better place. Everything that they do to conserve our reserves and jungles helps us in the cities also so it’s not just that they are doing it for themselves.

Viewers will get to see how people have turned around things, how communities have come together and made a difference, the stories of the people behind the jungles, how rich the wildlife is of our country and how proud we should be of the kind of flora and fauna that we have in India, it’s unbelievable. If people go and support the wildlife, the forests and the national parks, India could be one of the best destinations for wildlife in the world and that’s what you could get to see in this series by Zee Zest.

Q: Mention a few things that the show promotes in order to preserve India’s magnificent wildlife and biodiversity?

A: In Safari India on Zee Zest, every episode showcases how different people contribute to preserving India’s wildlife and biodiversity. You’ll see professionals like biologists, doctors, rescue workers who take care of the wildlife. Even in the Elephants’ camp in Dubare in Karnataka, they take care of the elephants sometimes even life long. A lot of people are involved in rewilding animals such as bear cubs. Naturalists take care of many different animals and plants, do treks and promote it. Through these promotions, the revenue generated goes back towards the welfare of the locals, national parks, and forests.

When I visited Kaziranga, I learned that only a few years ago, the total area of the whole national park was somewhere around 432 square kilometers and it’s been increased to 1300 square kilometers which means there’s still hope. Similarly, over 100 years ago, there were only 12 or 18 Asiatic Lions left in Gir, and today there are 674 Asiatic Lions after the census in 2020, so there is growth. There are people behind and who are those people are whom you’ll be able to meet through Safari India at least in the 8 national parks that I went to.

Q: Out of all the national parks you visited for the show, which one stands out?

A: This is the most difficult question for me to answer because each and every national park that I went to during Zee Zest’ Safari India has its own uniqueness and specialty. Depending on which area you’re in, just go to one national park around you. if you’re in the east of India go to Kaziranga National Park in Assam and Pakke Tiger Reserve in Arunachal Pradesh. If you’re in the north go to Ranthambore National Park in Rajasthan or Jim Corbett National Park in Nainital. And if you’re close to Gir, you must visit the Gir National Park in Gujarat. If you’re in Karnataka, go to Dubare Elephant Camp. And what will happen as soon as you go to one is that you’ll enjoy it so much that you will want to go to the next one and I have obviously lined up 8 such places for you to go to through Safari India.

That’s the thing about wildlife and safaris. Once you get the taste of the wild and nature and once you start enjoying it, you’d want to go to each and every one. So I’d suggest instead of planning and going all across the country, just begin with the one that’s closest to you.