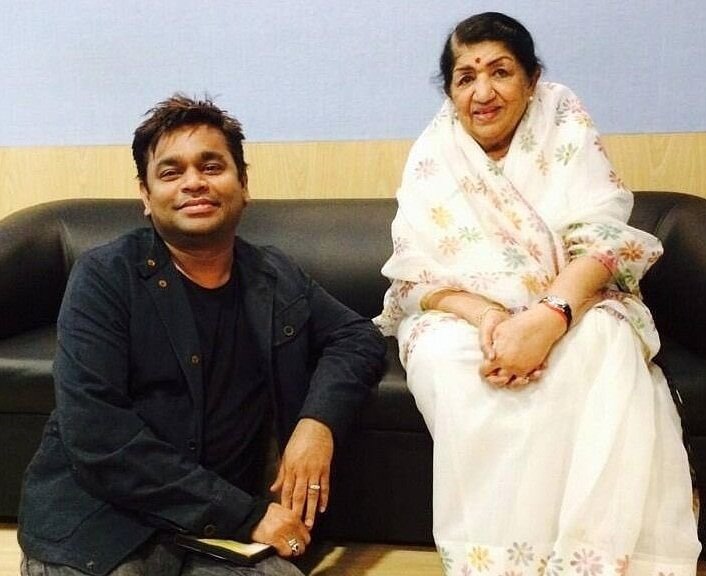 CHENNAI (IANS) – Oscar-winning ‘Mozart of Madras’ A.R. Rahman wrote just four words in his tribute to Lata Mangeshkar, “Love, respect and prayers”, on Feb.6, but posted a picture that said a thousand words — of him sitting at the Nightingale’s feet.

Rahman has collaborated with the Nightingale for some of his most-remembered tracks, including ‘Jiya Jale’ picturized on SRK and Preity Zinta in Mani Ratnam’s ‘Dil Se’.

Lata Mangeshkar and Rahman shared a mutual bond of love and respect.

In an interview some years ago, Lataji, talking about the music maestro, had said: “A.R. Rahman is very talented. I have sung very few songs for him. I love ‘Jiya Jale’. Rahman and I came together for the first time for this evergreen number from Mani Ratnam’s ‘Dil Se’. It became such a rage. And I’m asked to sing that song at every concert that I go to.

“I think he was a little intimidated by me when we did ‘Jiya Jale’ in Chennai. But he allowed me to do it my own way. And when I started humming an impromptu ‘alaap’ at the end of the tune, he told me to just go on. He recorded that as well.

“Subsequently I recorded other songs with Rahman. My duet ‘Luka Chuppi’ with Rahman for ‘Rang De Basanti’ became so popular. It’s rare nowadays to get a good song like it.”