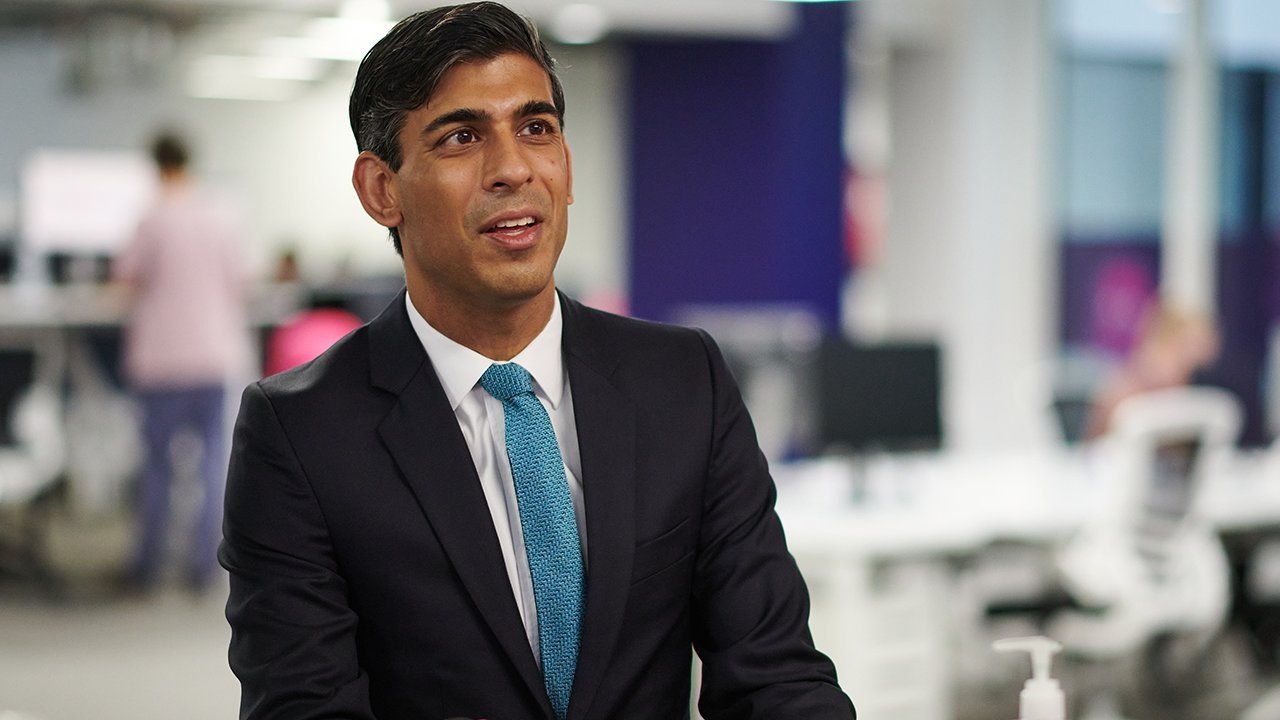 LONDON (IANS) – Rishi Sunak, the Indian-origin chancellor of the exchequer in the British government, was allegedly photographed standing beside Prime Minister Boris Johnson at a gathering in the cabinet room of 10 Downing Street to celebrate Johnson’s birthday in June 2020. It is being determined in a police inquiry as to whether this get-together violated the prevailing Covid-19 rules.

Sunak is waiting in the wings to mount a challenge in a ruling Conservative party leadership contest, in the event 15 per cent of its MPs in the House of Commons express no confidence in Johnson. There’s speculation as to whether Sunak’s attendance will affect his prospective candidature.

The photo reportedly shows the head of government holding a can of Estrella beer, with Sunak next to him. Earlier, reliable media reports indicated there was cake cutting and eating at the event, with Johnson’s wife Carrie attending as well.

Sunak, when asked about the surprise birthday party in an interview by BBC, said he had been in the cabinet room ‘100, 200, God knows how many times’. Adding: ‘You are asking me about something that happened almost two years ago.’

In short, he neither confirmed nor denied he was there. It remains to be seen whether a police investigation currently underway finds him or Johnson culpable in respect to what the UK prime minister’s office claimed to have been an impromptu bash. It has, however, acknowledged there was a surprise birthday celebration organized by Carrie Johnson, maintaining the prime minister stayed at it for only 10 minutes.

A redacted report of an intra-government examination by a senior civil servant Sue Grey revealed that 12 of the 16 cases of perceived violations of Covid-19 laws then in force were now being probed by London Metropolitan Police, popularly known as Scotland Yard. The Yard are said to possess around 300 pictures from various sources in addition to records of emails and text messages as they attempt to get to the bottom of a matter that has paralyzed the central government in Britain, with the prime minister see as a suspect.

Sources told The Mirror newspaper aides were present in the cabinet room for the birthday celebration, but there was no birthday cake.

Adam Wagner, a barrister, said to The Guardian daily: “The legal question for the prime minister is whether he participated in the gathering. The fact that he was photographed holding a beer strongly suggests he did and therefore committed a criminal offence of the regulations.”

The punishment for holding social events during the COVID-19 lockdown period is a financial penalty, the sum of which depends on the extent of contravention — in other words, the size of the gathering and the brazenness involved. However, an attempt to erase evidence by deleting messages and pictorial proof is a more serious crime, a sentence for which could even be prison.

Johnson’s woes were compounded during the week with the resignation of a long-serving and trusted head of policy at Downing Street, Munira Mirza, who is of Pakistani-descent. She quit because her boss made a false allegation against the former barrister and now leader of opposition Sir Keir Starmer in parliament about his performance as director of public prosecution and did not comply with her request to the prime minister to withdraw the charge or apologise for it.

Sunak was put a question on the affair at a press conference. He replied: “I wouldn’t have said it.” This has been quickly interpreted as the chancellor distancing himself from the prime minister as the latter battles to save his premiership.