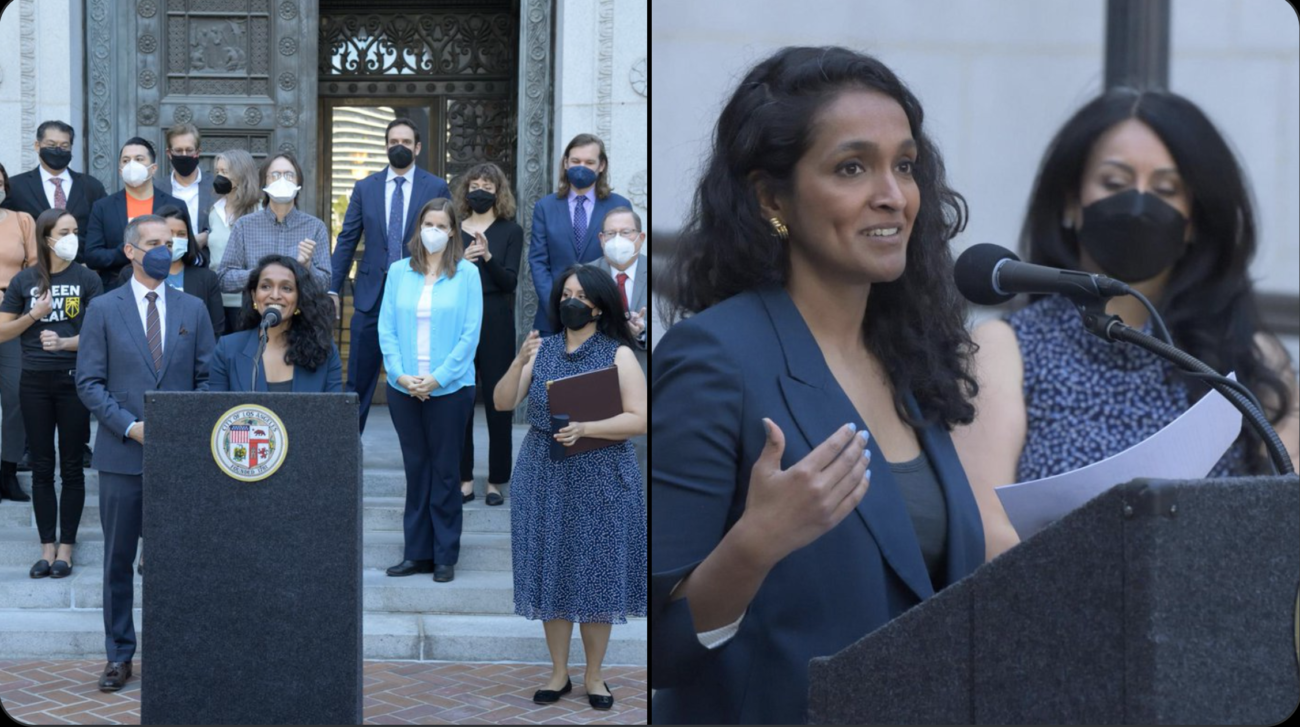 On Feb.9, Nithya Raman announced that motions were being introduced for all new residential and commercial construction to be zero carbon in Los Angles which would mean electric heating and cooking, and energy efficient appliances. (photo Twitter)
India-West Staff Reporter

While making the announcement, Garcetti said, “She is a true environmentalist who will bring her passion and experience. She is laser-focused on our climate and public health priorities, and is a great addition to this board.”

Raman tweeted, “So very grateful to Mayor Garcetti for appointing me to this position on the air pollution agency for 10,000 square miles of California — and some of the most smog-afflicted neighborhoods in the United States.”

The board — which adopts policies and regulations aimed at promoting clean air in Los Angeles, Orange, Riverside and San Bernardino counties — includes 13 members, 10 of whom are elected officials. Raman will be the city’s only representative.

The agency is tasked by the state and federal government with achieving clean air standards to comply with standards set by the Environmental Protection Agency under the Federal Clean Air Act and California’s Clean Air Act.

Raman, is the first South Asian to serve on the Los Angeles City Council, with a historic victory in 2019.

Thanking all the “powerhouse coalition of environmental organizations,” who had supported her nomination, Raman said, “I look forward to collaborating with my colleagues on the board to work to ensure that everyone in the South Coast region has healthy, clean air to breathe and that our ports become models for 21st century shipping that center environmental sustainability and environmental justice in their operations.”