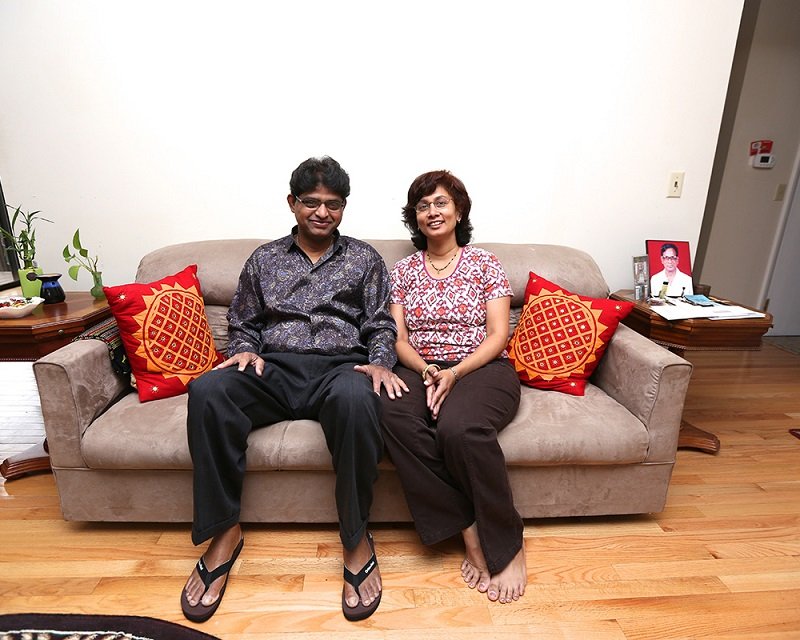 Harold and Dancy D’Souza have been victims themselves and now work to combat the problem of human trafficking. (Photo polariproject.org)
India-West Staff Reporter

Inspirational ‘Survivor-Advocate’ Harold D’Souza an Indian American, has exemplified how survivors can thrive irrespective of the challenges faced during pandemic. Polarisproject.org states that Harold and Dancy D’Souza and their two sons came to the U.S. for a job that Harold had obtained in a manufacturing company. After they arrived in Ohio, however, the couple were forced to work long hours in a restaurant daily without pay and were indebted to their employer.

For 19 months, the couple endured hardship in the workplace and at home, where their sons had to sleep on the floor “like rats.” Fortunately, with the help of various law enforcement, non-profit, and community groups, the D’Souzas were able to escape their employer and eventually achieve the American dream that brought them to the U.S. in the first place.

In Jan. 2021, DeWine signed an executive order to create a stronger and more comprehensive response to human trafficking which has included adding five additional state agencies to assist in pursuing multi-system strategies to combat the proble.