HomeIndiaIndia and the worldPakistan Blames US and India for its Troubles

Pakistan Blames US and India for its Troubles 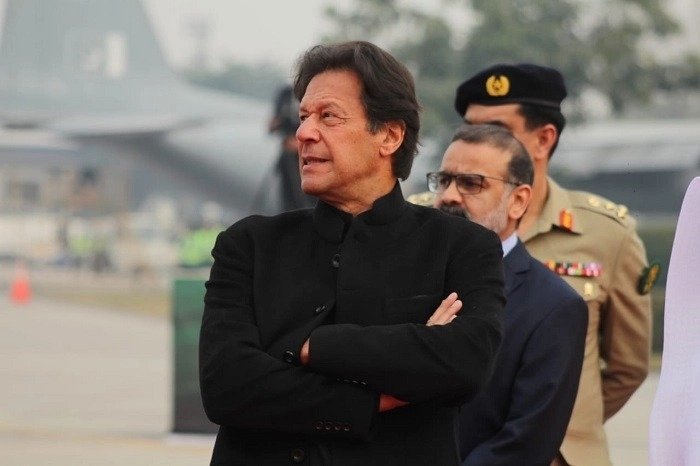 Pakistan Blames US and India for its Troubles

Imran Khan believes China is a friend of India, not the US. (IANS photo)

NEW DELHI (IANS) – Pakistan Prime Minister Imran Khan has said that the US has always used his country for its purposes.

“Whenever the US needed us, they established relations, and Pakistan became a frontline state, and then abandoned it and slapped sanctions on us when its purposes were served,” he said.

The Prime Minister made the remarks during an interview with Eric Li, the director of the advisory committee of the China Institute at Fudan University.

On Pakistan-US relations, he said there was a time when Pakistan had friendly relations with the US; and when Pakistan was no longer needed, the US distanced itself from it.

Later, he continued, friendly relations between the US and Pakistan were restored and Islamabad became a friend of Washington.

“The US helped us at that time, but as soon as the Soviet Union left Afghanistan, the US imposed sanctions on Pakistan.”

He said that after nine years, when 9/11 happened, US-Pakistan relations got better again. When the US failed in Afghanistan, Pakistan was blamed for the defeat.

Khan said Pakistan has not maintained relations with the US as it has with China, the report said.

China is a friend of Pakistan which has stood the test of time, and Pakistan-China relations have been continuing for 70 years. Pakistan has been with China in every forum and China has supported Pakistan in every need.

During the interview, he dismissed outright the Western countries’ suspicion of the China-Pakistan Economic Corridor (CPEC) and the Gwadar port and said that the projects were a great opportunity for regional development.

“I do not understand why there is suspicion about CPEC and the Gwadar port. It makes no sense because, as far as Pakistan is concerned, my number one priority is the country’s 220 million people.”

Meanwhile, in a classic case of the pot calling the kettle black, Pakistan which is widely acknowledged as a terror sponsor is blaming India for the unrest in Balochistan.

The Pakistan Foreign Office made it clear that there was strong evidence that India was involved in unrest in Balochistan.

Islamabad blamed New Delhi for its ‘sinister campaign’ to sabotage CPEC and also rejected the “unwarranted” and “preposterous” remarks it made on the Pakistan-China Joint statement of Feb. 6.

The Pakistan Foreign Office reminded India that there is strong evidence of Indian involvement in recent sinister attempts to stir up unrest in Balochistan by supporting anti-state elements.

“Besides, Naval Commander Kulbhushan Jadhav is a living and irrefutable proof of how India has been seeking to sponsor and patronize subversive activities in Pakistan and the region,” said the Foreign Office.