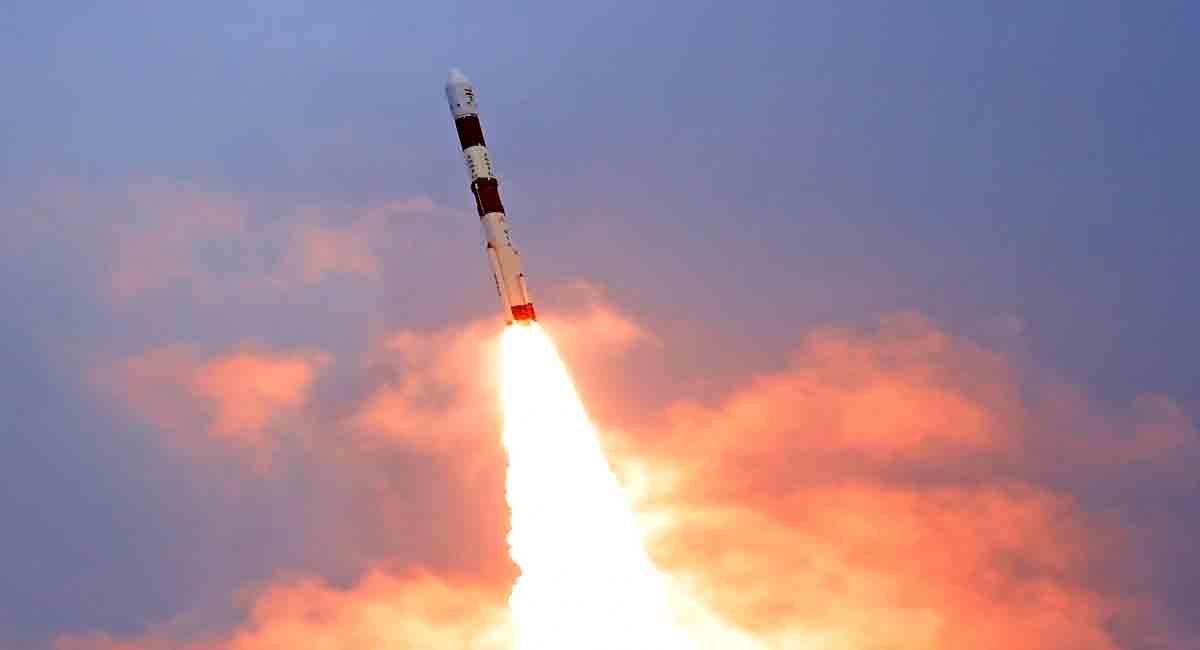 With this the Indian space agency began its 2022 romance with space missions.

Congratulating Team ISRO for the successful mission S.Somanath, chairman, Indian Space Research Organisation said: “The mission was successfully accomplished. The primary satellite and the co-passenger satellites were put into orbit.”

In a couple of days, the EOS-04 will be ready to send its images, Sreekantha added.

The 44.4 metre tall PSLV-C52 weighing 321 ton slowly rose-up towards the skies with thick orange flame at its tail.

The rocket gradually gained speed as it went up while emitting a rolling thunder sound.

The EOS-04 with a mission life of 10 years is a repeat of Risat-1 launched in 2012 and is configured to ensure continuity of SAR in C-Band providing microwave data to the user community for operational services.

The satellite will play a strategic role in the nation’s defence with its capability to operate in day, night and in all weather conditions.

The satellite has high data handling systems and high storage devices among other things.

The INSPIREsat-1 is a student satellite from Indian Institute of Space Science & Technology (IIST) in association with Laboratory of Atmospheric & Space Physics at University of Colorado, USA. The other contributors are NTU, Singapore and NCU, Taiwan.

The satellite carries two scientific payloads to improve the understanding of ionosphere dynamics and the sun’s coronal heating process.

The technology demonstrator satellite (INS-2TD) from ISRO, which is a precursor to India-Bhutan Joint Satellite (INS-2B) carries a thermal imaging camera to assess land/water surface temperature of wetlands/lakes, delineation of vegetation (crops/forests) and day/night thermal inertia.

The RISAT-1A flight will be followed by the launch of three satellites – OCEANSAT-3, INS-2B, ANAND- by PSLV-C53 in March and Micro SAT by the newly developed small rocket Small Satellite Launch Vehicle (SSLV) in April.

Further, the launch of four ton communication satellite GSAT-24 is also scheduled during the first quarter of this year using Ariane 5 rocket owned by Arianespace.