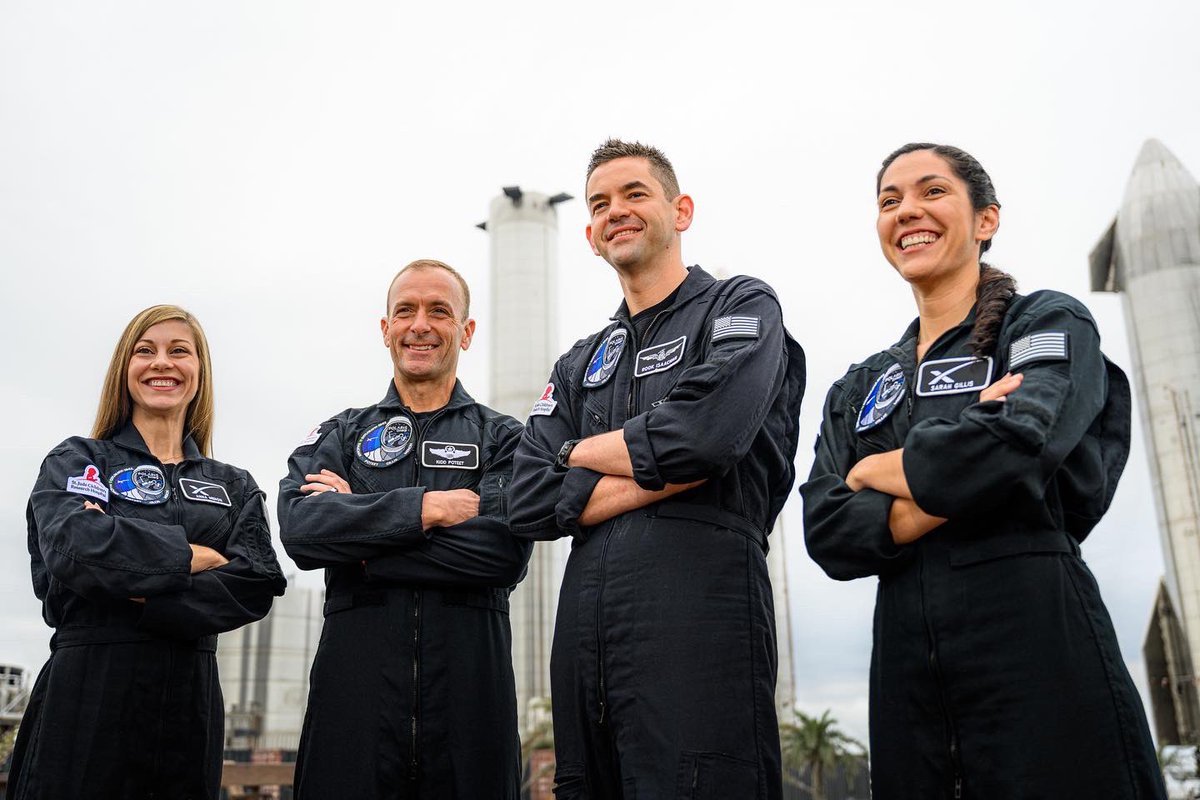 EL SEGUNDO, CA – SpaceX engineer Anna Menon will be among the crew of a unique space mission announced on Feb.14 by U.S. billionaire Jared Isaacman, who had commanded a human spaceflight mission last year. A SpaceX release said Menon is a Lead Space Operations Engineer at SpaceX, where she manages the development of crew operations and serves in mission control as both a mission director and crew communicator.

Isaacman, the billionaire who flew to Earth orbit on SpaceX’s Crew Dragon capsule last year, has now bought three new missions with the Elon Musk-led company. The 39-year-old is the founder of Shift4, an online payment processing company, and the commander of the first “all-civilian” space mission Inspiration4, which was launched last year.

Isaacman has purchased three spaceflights with SpaceX and named the series “Polaris Program.” All three commercial spaceflights will be launched on SpaceX’s Dragon spacecraft by the end of the year.

The program’s first launch has been dubbed “Polaris Dawn.” The other crewmates include pilot Scott “Kidd” Poteet, a retired lieutenant colonel in the US Air Force who served as the mission director for Inspiration4, and mission specialist Sarah Gillis, who oversees SpaceX’s astronaut training program. operations while also serving the company’s mission control.

“On Polaris Dawn, we endeavor to achieve the highest Earth orbit ever flown,” Isaacman said. That record is currently set at 1,373 km, as achieved by NASA’s Gemini 11 astronauts, Charles “Pete” Conrad and Richard “Dick” Gordon, in 1966.

One of the Polaris Dawn mission’s objectives is to collect data on the effects of space radiation exposure on human health. At approximately 500 km above Earth, two of the Polaris Dawn crew members will also attempt the first commercial spacewalk. The flight would also serve as another St. Jude fundraising opportunity as Inspiration4.

Menon is a lieutenant colonel at the US Air Force, who was selected by NASA in Dec. last year along with nine others to be astronauts for future missions. During her tenure at SpaceX, Menon ed the implementation of Dragon’s crew capabilities, helped create the crew communicator operator role, and developed critical operational responses to vehicle emergencies, such as a fire or cabin depressurization. She served in mission control during multiple cargo and crew Dragon missions, including Demo-2, Crew-1, CRS-22, and CRS-23. Prior to SpaceX, she worked for seven years at NASA as a biomedical flight controller for the International Space Station.

In addition to pursuing her lifelong passion for space, Menon enjoys hiking, flying small airplanes, and salsa dancing, and her greatest love is her family, including husband Anil, son James, and daughter Grace, PTI reported.

Anil Menon, 45, was born and raised in Minneapolis, MN, to Ukrainian and Indian immigrants. He has degrees from Harvard and Stanford universities and did his Residency in Aerospace Medicine at the University of Texas Medical Branch at Galveston.

He was SpaceX’s first flight surgeon, helping to launch the company’s first humans to space during NASA’s SpaceX Demo-2 mission and building a medical organization to support the human system during future missions. He previously served NASA as the crew flight surgeon for various expeditions taking astronauts to the International Space Station.