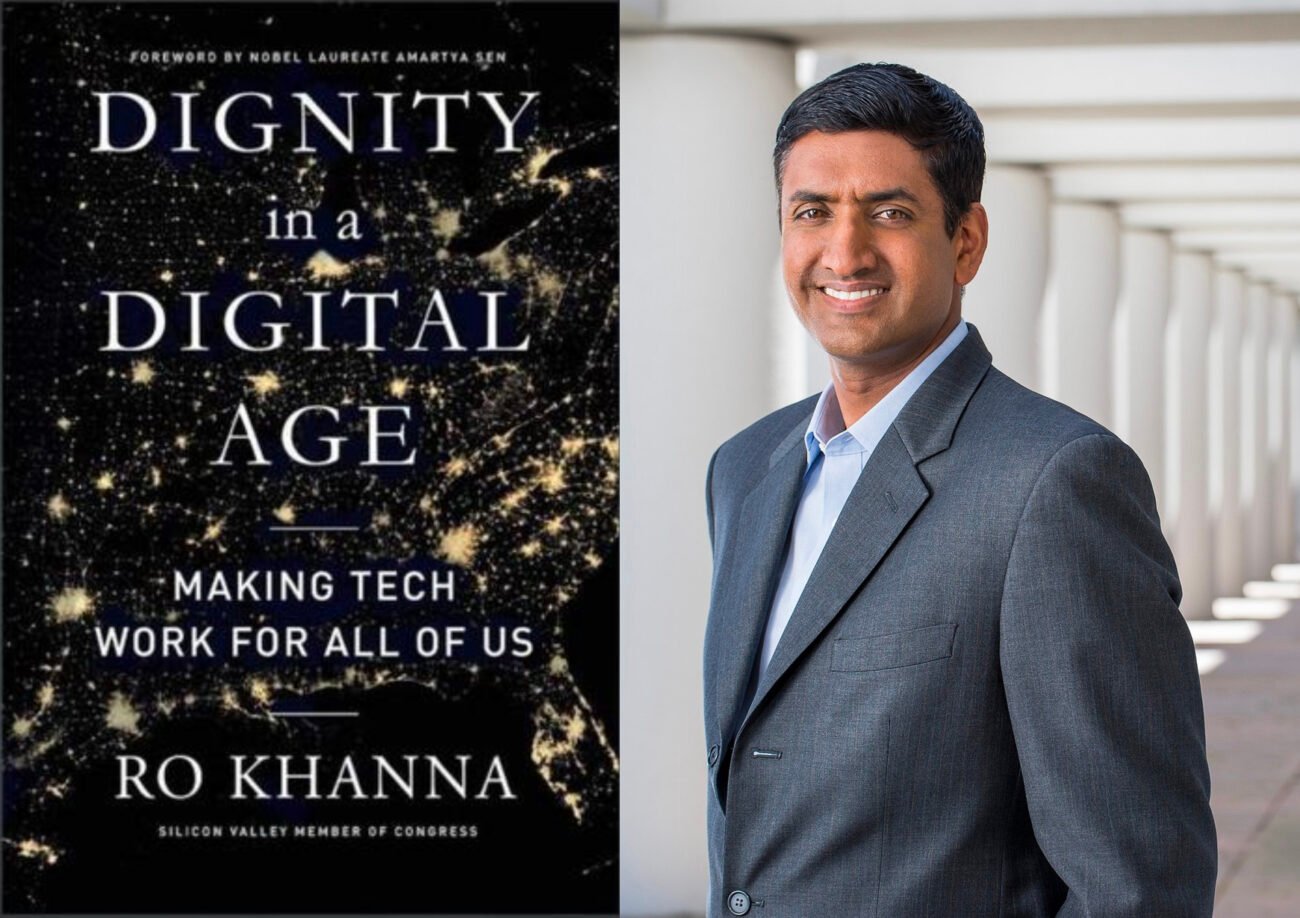 Indian American Rep. Ro Khanna offers a wide ranging view of the challenges facing modern societies dominated by the power of Silicon Valley.(Photo Facebook)
WASHINGTON, DC – A book on the digital age by Indian American Congressman Ro Khanna, that seeks to democratize the digital revolution in the larger good of humanity and the planet, has been getting rave reviews and accolades from politicians and global economists.

In his foreword, Nobel Laureate Amartya Sen writes that ‘Dignity in a Digital Age: Making Tech Work for All of Us’ by Congressman Khanna offers a graceful picture of the coexistence of disparate ways of living, allowing justice and fairness. Sen describes 45-year-old Khanna, a Democratic politician, as an “innovative social thinker”.

PTI reported that the book, which hit the bookstores early this month, has climbed up the best sellers’ list. It said that the work has received accolades from the tech industry as well, including Microsoft’s Indian-origin CEO Satya Nadella. “Whether we consider the future of America, or of other places, we have reason to be grateful to Ro Khanna,” he writes in the book.

Former US president Bill Clinton, who rarely comments on others’ books, tweeted that ‘Dignity in a Digital Age’ is full of good ideas for creating opportunities in places across America that have been left out and left behind for too long. “We should all work together to make them a reality and spread the benefits of technology to every American,” he wrote in his tweet.

Khanna, the three-term Congressman from CA, PTI reported, writes that the book imagines how the digital economy can create opportunities for people where they live instead of uprooting them.

It offers a vision for decentralizing digital innovation and wealth generation to build economically vibrant and inclusive communities that are connected to each other, he wrote.

“We need a development strategy that fosters a nucleus of tech jobs with myriad applications for different industries and local entrepreneurs in thousands of rural and underrepresented communities across our nation.

“The digital revolution is reshaping our economy and society, but it continues to sideline, exclude, upend, and manipulate too many in the process. My aim is to advance our democratic values by empowering all of us to direct and steer these digital forces,” wrote the Congressman who represents Silicon Valley in the US House of Representatives.