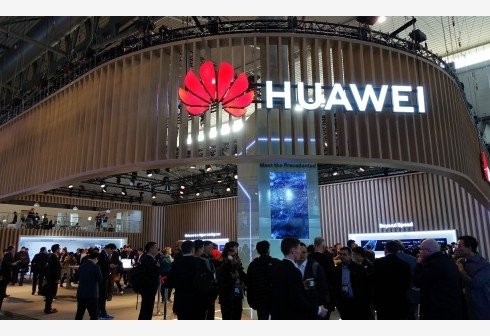 A source said the raids were being conducted in the National Capital Region (NCR), Bengaluru and some other parts of the country.

The officials of the IT team scanned a number of account books belonging to the company, according to the source, adding that the financial records of the last three years and company records were also checked.

The tax department officials prepared a list of associates, clients and partners of the company which includes its foreign and country based partners.

The source said that during the raid, they have recovered a few incriminating documents.

The company said in a statement that it is confident that its operations in India are firmly compliant to all laws and regulations.

“We will approach related government departments for more information and fully cooperate as per the rules and regulations and follow the right procedure,” the company spokesperson said.

Last month, multiple tax raids were carried out at the premises of Chinese smartphone makers in the country.

The Finance Ministry issued a statement, saying that Chinese smartphone manufacturer Xiaomi’s local company in India had engaged in “tax evasion” and demanded that it pay a total of Rs 6.53 billion ($88 million) in taxes owed between April 2017 and June 2020.

Xiaomi denied the claim, saying that the company adheres to legal and compliant operations around the world and abides with the relevant laws and regulations of each jurisdiction in which it operates.

Chinese mobile phone brands are highly popular in the Indian market, and their market share far exceeds that of local Indian brands.

It urged India to provide a fair, transparent and non-discriminatory environment for Chinese enterprises.

“China has contributed to Indian economic development, and created a large number of local jobs, and we hope India can provide a fair, transparent and non-discriminatory environment for Chinese businesses,” said Gao Feng, spokesperson for the Ministry of Commerce in China.