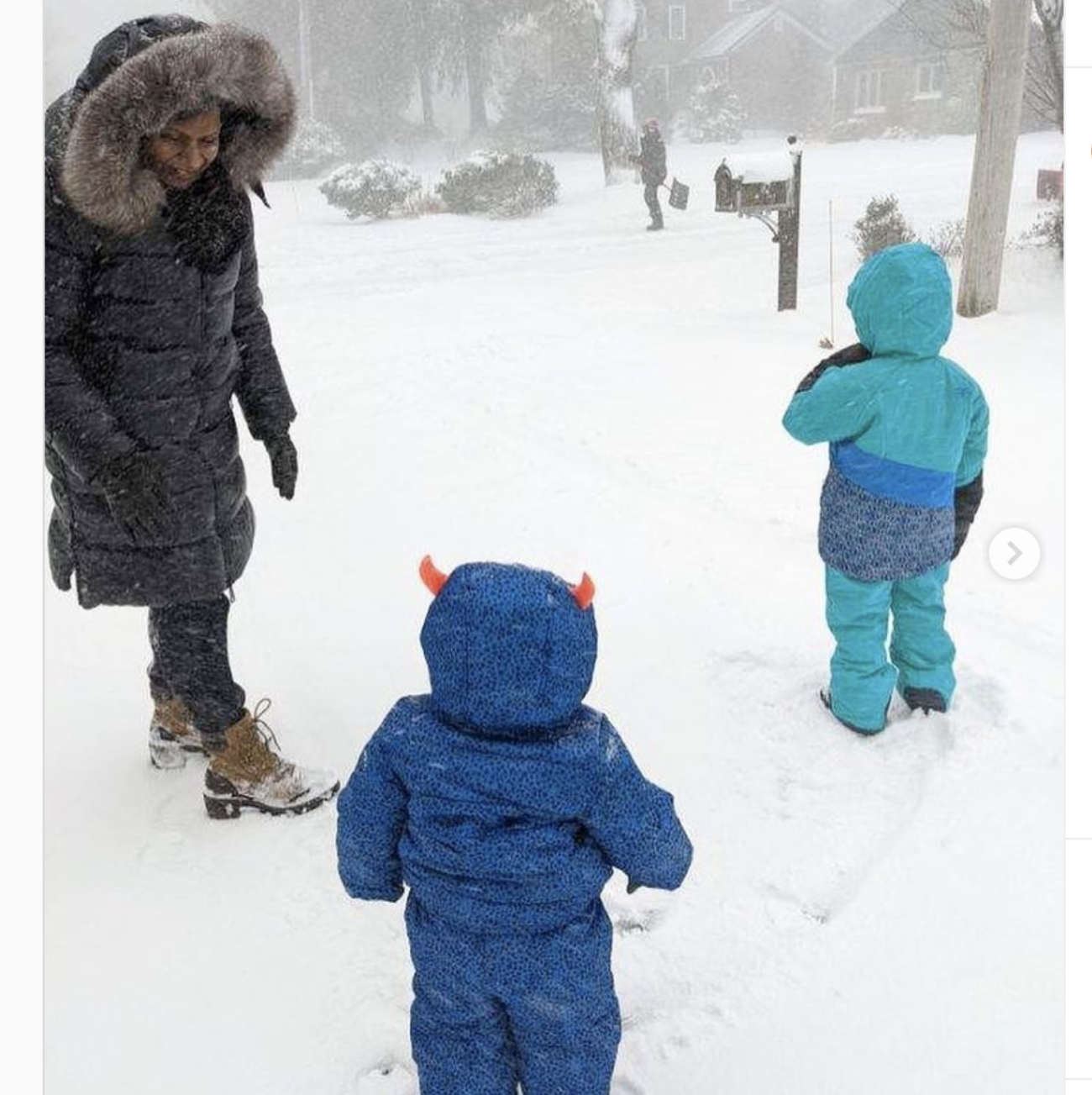 It was all snacks and fun for ‘Office’ alum Mindy Kaling on Super Bowl Sunday as she shared an interesting photo of her daughter, Kit. (photo Instagram)

LOS ANGELES, CA – The
popular Indian American star Mindy Kaling posted a picture of her daughter
while enjoying the Super Bowl on Feb.13. For Angelenos, it was a
day of celebration with the city’s team, the LA Rams winning the Lombardi
trophy.

It was a rare shot that
Kaling posted of her 4-year-old daughter Kit (Katherine ‘Kit’ Swati) that the
comedian posted on Instagram.

The photo displays Kit who
is holding a half-eaten cucumber during the halftime show, standing in front of
the TV.

The child is seen wearing a Mac’s Seafood Cape Cod trucker hat, “Drunk on Persian cucumber and the anticipation of Dr.

Dre,” Kailing joked in the caption.

Mindy also shared a photo of a healthy plate of nachos with tomatoes, black beans, guacamole, peppers,
and salsa. She wrote, “Do you like to know what we are eating? Oh well, gonna
post anyway”

While the 42-year-old comedian seldom reveals her personal life online, last month she posted a beautiful picture of her kids who saw the snow for the very first time. She wrote, “The upside
of this nor’easter is that my kids got to see snow and be in my home state for
the first time! They could hardly believe it. I sound like a bad greeting card,
but it’s so beautiful seeing experiences from my own childhood through their
eyes. The joy, the surprise. Sometimes it’s such a powerful feeling I want to
cry. So yeah, I’m just that weird emotional Indian woman lugging a sled up the
hill.”